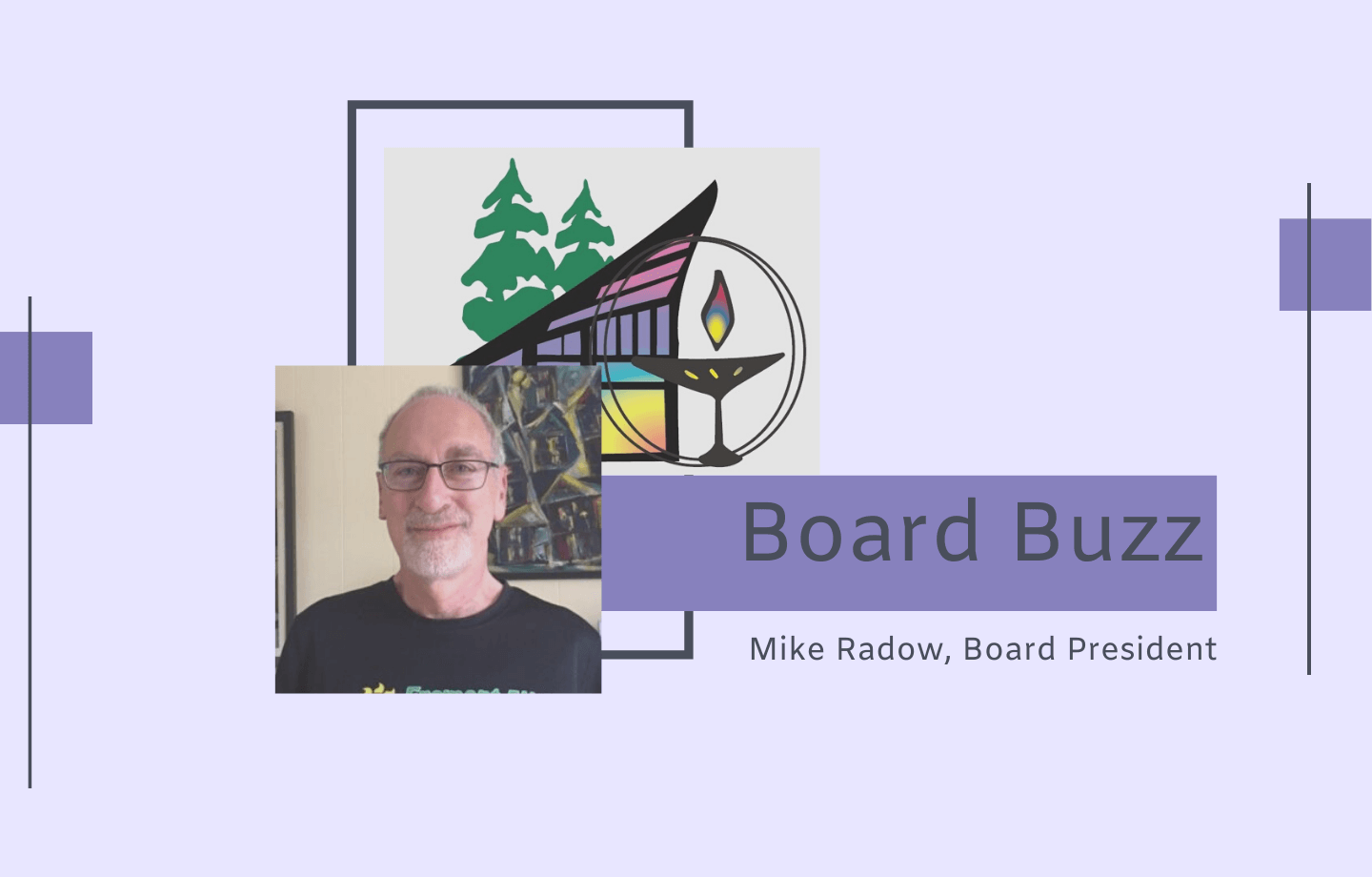 You will receive the Congregational Record in early December, culminating the first part of the Ministerial Search team’s herculean efforts. December 4, at the Board Listening Session, you will have your first opportunity to comment on it. Of course, other topics may arise, and we know that few will have had time to read the entire Record, but please come with a willingness to hear and to share.

The Board has been talking a lot about money this year. One of the key motivating factors is the steady decline in both membership and pledging units over the last five years (more on this in a bit). I attended a workshop recently on the Science of Hope (Chan Hellman is the guru of this subject, there’s a TED talk etc.) In the Zoom seminar he asked what we thought the opposite of hope was. The chat filled up with ‘despair,’ ‘despair,’ over and over. Hellman said that’s what he usually hears but for him, the opposite of hope is not despair, it is apathy. Despair indicates continued connection and engagement with a situation. Apathy suggests no motivation to do anything about it. But to have hope you need willpower and a sense of pathways forward, clear small steps.

At East Shore we do not have apathy. One number that is not declining is pledges and donations. We have shown both the will and the means to give more generously to East Shore. Thank you, thank you, thank you. Rental income and Federal funds have helped us to balance our budgets. And, for the last few years, we have been using earnings from endowment to keep operations going. It is a rainy-day fund. Certainly COVID-19 counts as a rainy day, or a rainy 20 months and counting! We have also used the endowment to generate income for some of the needed maintenance on our buildings. Much chatter surrounds the purpose/use of our Endowment. The Board will discuss it at our December 14 meeting.

As for pathways to bring greater hope, I wish to recall at the Congregational Meeting in October, we announced the formation of an East Shore Growth Study group. That group first met on November 14. Members include Laurie Wick, Tom Doe, Marcia Sill, Bill Austin, Amanda Strombom, Don Durenburger, Kirstie Lewis, Dwight Hutchinson, Leroy Smith, with staff members Leanne Struble and Dianne Upton, and Board members Jenny Selby and Mike Radow. This group is energized to share findings about both UU and non-UU congregations which are growing.

We have also hired a consultant, Rachel Maxwell, who happens to also be the President of Edmonds UU, to look at our staffing model and provide and outside eye regarding what we might want now and in the future. So, you see, there is action. A Congregational Meeting in February will be devoted to church finance, so you can all weigh in on these questions before the usual budget Town Halls in April and May.

The next Board Buzz will be in 2022. We know that the holiday season can bring as much sadness as it does joy for many. For the Board, we wish you all safety and peace– and hope we close out 2021 with more hope.

In faith,
Mike Radow, Board President