Board Buzz: Our Sanctuary 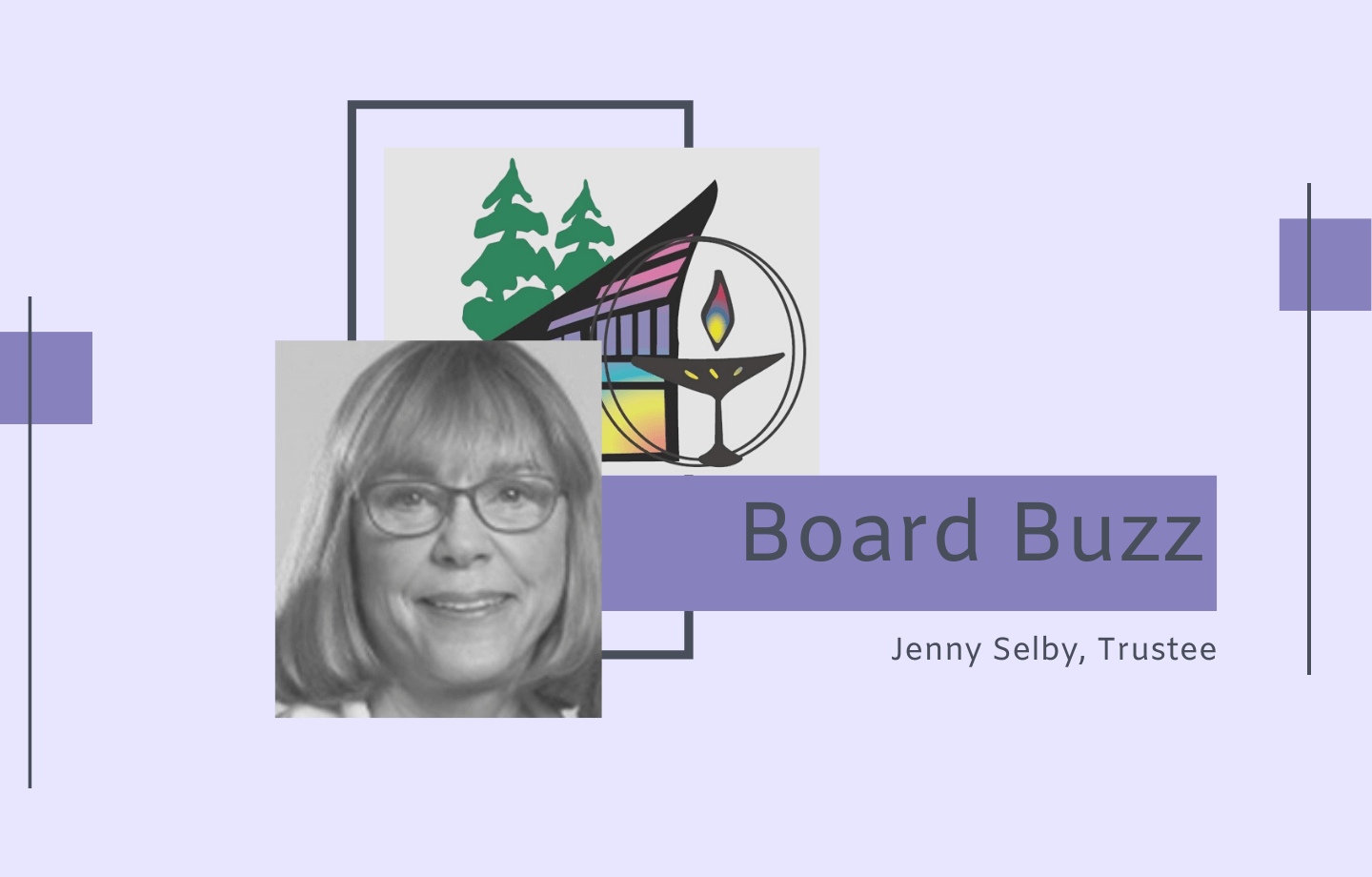 Among the many things I missed in 2020, the East Shore sanctuary ranks high. Our magnificent sanctuary is what initially drew me to East Shore–well before meeting fellow members or appreciating the excellent music program or marveling at the tales spun by the inestimable Peter Luton. When my husband and I first attended East Shore in 1995, the sanctuary was a safe harbor. It took me far away from the daily chaos of juggling work and raising two young, rambunctious boys. The sanctuary’s vista mesmerized me; it was an aperture that encouraged meditation on changes in the seasons and weather, as well as reflection. Through the years, while East Shore’s leadership, program, and music changed in various ways, the sanctuary remained constant.

But, 2020 upended my notion of sanctuary. I came to see it as something to seek or give, rather than to physically reside in. Last year shook life’s foundation; all that had previously brought me comfort took on a mirage-like quality. I watched as family and friends fled their respective cities; I listened to my son describe holding iPhones for his ICU patients so their families could say goodbye via FaceTime; I watched horrific scenes on TV. I began to understand the multi-dimensional nature of sanctuary, and I realized how fortunate I was. For many, there was no fleeing a city, no opportunity to hug goodbye, no establishing a sanctuary elsewhere.

Watching the head-spinning events across the nation, the true nature of sanctuary revealed itself to me. Sanctuary may be relative; but, for me, it does contain one absolute: sanctuary is other people. I’ve realized that the most powerful element of the church’s ability to provide sanctuary during this uncertain time is the rich weave of individuals contained within East Shore’s spinning orb. Yes, I’d always appreciated the unique nature of East Shore’s congregation, and met many wonderful people through church, but they were not necessarily the most central aspect of my affection for the church. My regard was more diffuse and included the many elements of the church; but that has changed. Zoomed services have brought focus on the power of individual members to create East Shore’s collective spirit. Zoom allows us to attach names to faces, learn about specific individual’s joys and sorrows, show in chat the appreciation for sermons and music, and make new friends during coffee hour. I’ve met more East Shore congregants since March than I did in the previous decades.

I’m still looking forward to sitting in the church sanctuary and gazing out at the trees and mountains; however, it won’t be what I look forward to the most—it will be greeting my East Shore friends. Finding comfort in a difficult time is a blessing. Discovering anew what’s been right before your eyes all the time is a gift.