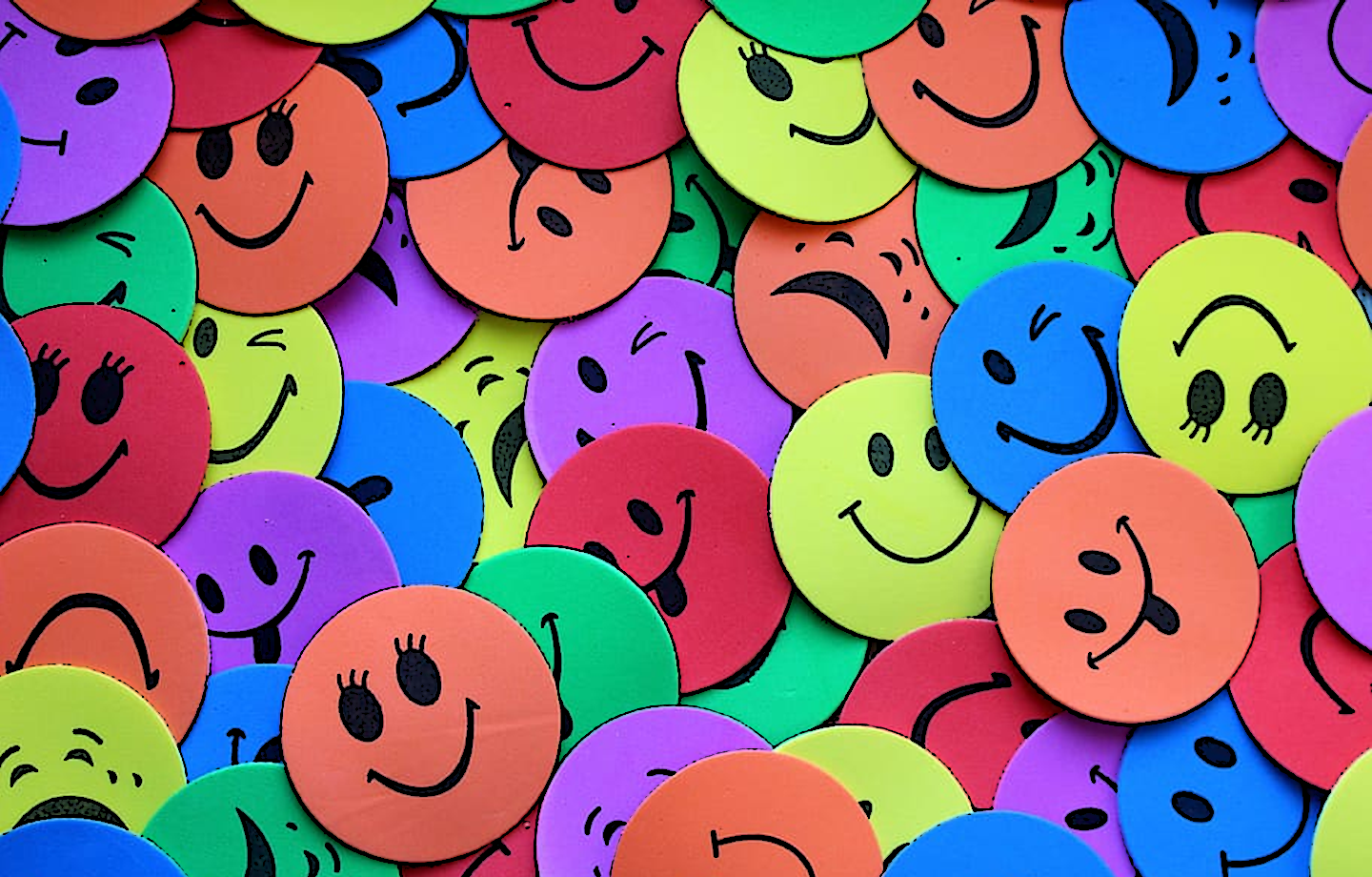 “A Thousand Names for Joy” is a book commended to me by church member Lassie Jordan. Lassie also made the top bid at last year’s auction, gave me a copy, and asked me to preach on author Byron Katie’s guidebook for healthy, wholesome living. Come for a synopsis and invitation to everyday spiritual practice. Reverend Furrer preaching.

Today I will be preaching the AUCTION SERMON…

I’ve always thought of Taoism as the crown jewel of Eastern wisdom.

Legend: “The Old One” was a State Librarian abandoning civilization for the western mountains…

Enjoined by the gatekeeper to write down his wisdom before retiring, he returned 3 days later with the 81 poems

I was charmed when Lassie talked to me about her request, to read and share the book, A Thousand Names for Joy by Bryon Katie. Lassie exclaimed that Stephen Mitchell, the noted religious scholar, was her partner; did I know him? Lassie explained that he was the foremost translator of the Tao Te Ching, which kind of amused me since there well over 100 translations out there, including beautiful ones by Wing-tsit Chan (with whom I was introduced to Taoism), Santa Fe bon vivant poet Witter Bynner (my very favorite), Ursula Le Guin (another favorite), and yes, indeed, Stephen Mitchell, too. Among others.  But—and here’s the thing—they are frequently so different that it is sometimes hard to believe they all come from the same original text. Consider, for instance, the opening lines from Chapter 3:

Just to begin with, what is Tao? One scholar will call it “the Way” Others say, “Logos” or “Reason” or “Potentiality.” Some call it “the Profound and Eternal Female,” “The Primary Program,” “the Universal Pattern” or “Cosmic Organizing Principle.” We all know the symbol for the Tao: the interlocking black and white, yin and yang tadpoles representing the universal polarities recognized everywhere in life: light and dark, male and female, sowing and reaping, sorrow and joy. The yin and the yang, light and dark, halves express explicit duality. The Tao as a whole–expresses the implicit unity behind it. “That transcending mystery and wonder, affirmed in all cultures, which moves us to a renewal of the spirit and an openness to the forces that create and uphold life,” affirmed as the First Source in our UU Principles and Purposes Covenant.

You can approach unity experientially, but you can’t describe the experience in words. That is, one can have an experience of Unity with the All, but it defies description. As written in the opening couplet of Lao Tzu’s opening chapter, “The Tao that can be told of is not the eternal Tao.” That’s because as soon as we use natural language we are automatically stuck in the subject/predicate distinction. Something is “this” and, ergo, it is not “that.” So, a person can have a mystical, unitary experience, but as soon as you try to describe it, it’s over… and you’re back in the world of subjects and predicates and all other polarities—categories of thought that, before long, people begin to think of as “real,” when, in fact, it’s just a description of reality. It’s not reality at all, just one’s own description of reality. Which before long and all too often, most of us get trapped inside of. Until we forget that we’re the authors and originators of the world. We contend with it, sure, but we’re not its victims! We’re co-creators of the world we see. If we choose to be so by recognizing who we are.

Reality—the really real—is antecedent to all categories. It’s vital—that is, it’s alive. It’s in constant transformation. And, according to Byron Katie, it’s conscious. In fact, it’s total consciousness—a consciousness that permeates through everything across the entire interdependent and interconnected universe.

The Beatles, Bob Dylan and the whole youth culture movement of the ‘60s spurred my interest in eastern religions. It has never waned. I remember thinking to myself following some psychedelic experiences my senior year of college: Whoa! These guys Jesus and Socrates and the Buddha clearly must have been onto something. Byron Katie and Stephen Mitchell are both about my age and became equally turned on at about that same time. And to that same something: “Direct Experience of that transcending mystery and wonder, affirmed in all cultures, which moves us to a renewal of the spirit and an openness to the forces that create and uphold life.” Yes.

Taoism is very ancient. It contests (maybe dances is a better description) with Confucianism as the two taproots of Chinese thought and culture. Confucianism focuses on proper conduct and social obligation. Taoism is more mystical, and more whimsical, too; playful, almost. The human condition is inherently paradoxical say the Taoists. There’s nothing one can do to make it any safer or more predictable, so don’t bother trying. But you can make it saner. By being focused and keeping it simple.

They also follow—and recommend—the principle of wu wei. Sometimes translated “non-intervention” or “non-action” (which imply passivity) I think “not forcing” captures it best. Don’t push the river. Go with the flow. Or more accurately, don’t go against the dynamics and exigencies of the current moment. Wu wei is kind of like judo. The skillful martial artist doesn’t force his or her opponent to fall; they wait until their opponent is overextended and off balance—then with minimal they let their opponent bring themselves down. Not forcing. Wu wei. Water is a favorite symbol for Tao, as it always humbly seeks the lowest level, mingling there with the lowly and the meek.

Byron Katie’s book, A Thousand Names for Joy, is a devotional: i.e., a book for helping one along on their spiritual path. Most devotionals have a suggested way to read them, to understand and work through the material—often a calendar with corresponding assignments to help the reader regularly reflect and meditate on–literally, to chew over—the ideas presented. The Tao Te Ching has 81 chapters, poems, or serial entries (I’m not sure what to call them) and Byron Katie has 81 corresponding reflections, one on each entry. Basically, she offers her book as a model of how to effectively engage with the central text of Taoism, a model that can generate insight and strength. So it’s kind of a how-to book on introductory Taoism spiritual practice. Lassie has found it extremely helpful. Clearly Byron Katie has as well, inspiring others to take up “the work” of everyday spiritual practice she outlines in the appendices. I love the Tao Te Ching and feel refreshed by its passages whenever I read them and meditate upon them, so I think I will follow Lassie’s lead. In the late 1990’s I followed a spiritual practice of reading the Psalms, one every few mornings, for a couple of years. I read all 150 twice. But, alas, I then quit after 9/11 when I became strung out on NPR’s War & Peace Report. But I miss it. Now, thanks to Lassie Jordan, I am thinking of reading Lao Tzu every morning and picking that up as a complementary spiritual practice to my earlier reading the Psalms.

All spiritual practices are helpful and nourish the soul. The best ones—certainly the best ones to begin with—are simple and easy-to-do:

Just contemplating the state of one’s soul on a regular basis: that is the heart of it. Looking within… and taking stock. As a regular practice.

What you find there, when you look within, is powerfully liberating. People “try” to get in harmony with Tao, but—in truth—it’s not something you can “try” to achieve. That is the insight behind the “not forcing” admonition. Just make yourself present. Try to pay attention. You can also sit still, stay with your breathing, and—once you begin to chill out—listen to your still small inner voice of conscience… and of truth. What’s called for in any situation is rarely all that bold or radical—just sensible and helpful and good.

Byron Katie uses a particular lens through which to consider and weigh the chapters of her well-worn Tao Te-Ching. And to ask herself four questions when thinking deeply about changing rigid ideas that stifle and restrict one’s life (e.g., “I’m too fat,” “I need more money,” “She shouldn’t have left me…”) Here are Byron Katie four “turnaround” questions:

I’m not going to go through the step-by-step ways Ms. Katie uses these questions to frame what she calls “the Work,” meaning—to her—something closer to self-realization than just self-help. That said, I am quite sure it is helpful to those who take it up, no matter how seriously it’s approached. Spiritual practices are like that. What you put into them is what you’ll get out of them—if you practice them.

Which brings me to next month’s Auction: a kind of collective spiritual practice we here at ESUC have been doing together for decades. It supports our budget, cements relationships, and generates all kinds of community and fellowship over the year following. And you can influence public opinion (well, congregational opinion. Or, at the very least, two or three people who happen to tune in that morning) by getting the Minister to preach on whatever you think ought to be brought to fellow church members’ attention. Lassie Jordan thought A Thousand Names for Joy was of that order.  I now agree with her. And commend the book, and the study of Taoism, to the attention of everyone here among us..

May blessings abide, as indeed they already do!