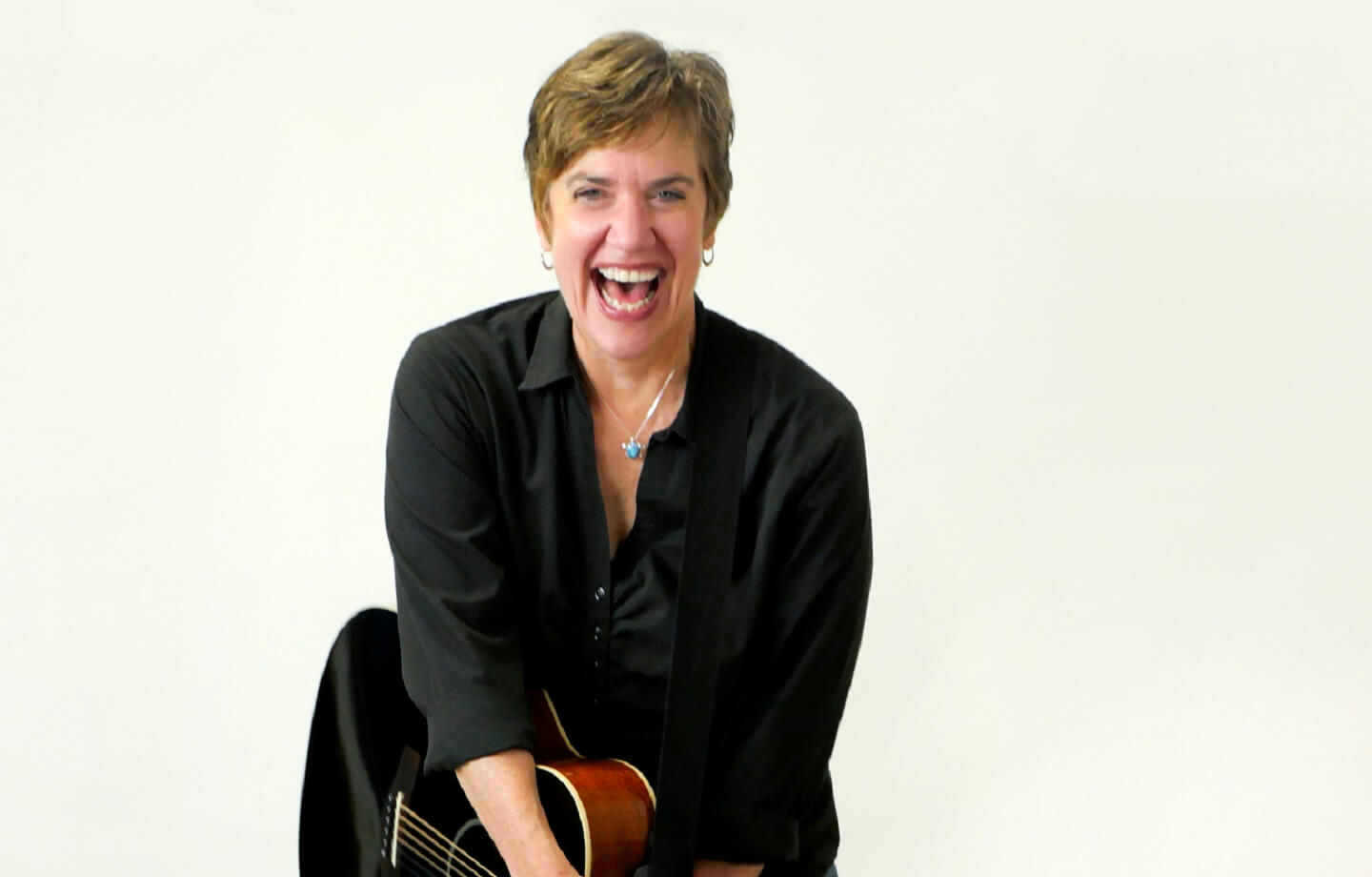 + Add to Google Calendar+ Add to iCalendar
Seattle singer/comedian Lisa Koch is on the bill at East Shore Unitarian for a night of quirky songs, nutty nuns, and lots of laughs.
Daft. Demented. #SNORT. Picture Tina Fey meets Bette Midler with Joan Jett guitar chops… and you’ve got Seattle’s Lisa Koch. An irreverent singer-comedian-out-sober chick, Koch (“Coke”) is a deliciously twisted mix of comedy, theater, and tunes. With 5 solo recordings, she is an alumnus of loony sketch comedy duo, Dos Fallopia (My Breasts are Out of Control, Ham for the Holidays), and cult quartet Venus Envy (I’ll Be A Homo for Xmas). She has shared the stage with Steve Martin, Janis Ian, Lily Tomlin, The Indigo Girls, Kate Clinton, and more.
Lisa has co-written such warped shows as “The Carpeters: Uncomfortably Close To You,” “Two’s Company, I’m a Crowd,” and “Ham for the Holidays: The Hamchurian Candidate.” Koch has been featured on Olivia and LOGO, is the composer of Off-Broadway musical “27, Rue de Fleurus”, and is proud to report that one of her songs has actually been sampled by Jay-Z.
Lisa brings to the stage her guitar, her wacky songs, and her musings on being a woman… from middle age to mammograms to singing vulvas.
https://heylisa.com/
+ Add to Google Calendar+ Add to iCalendar