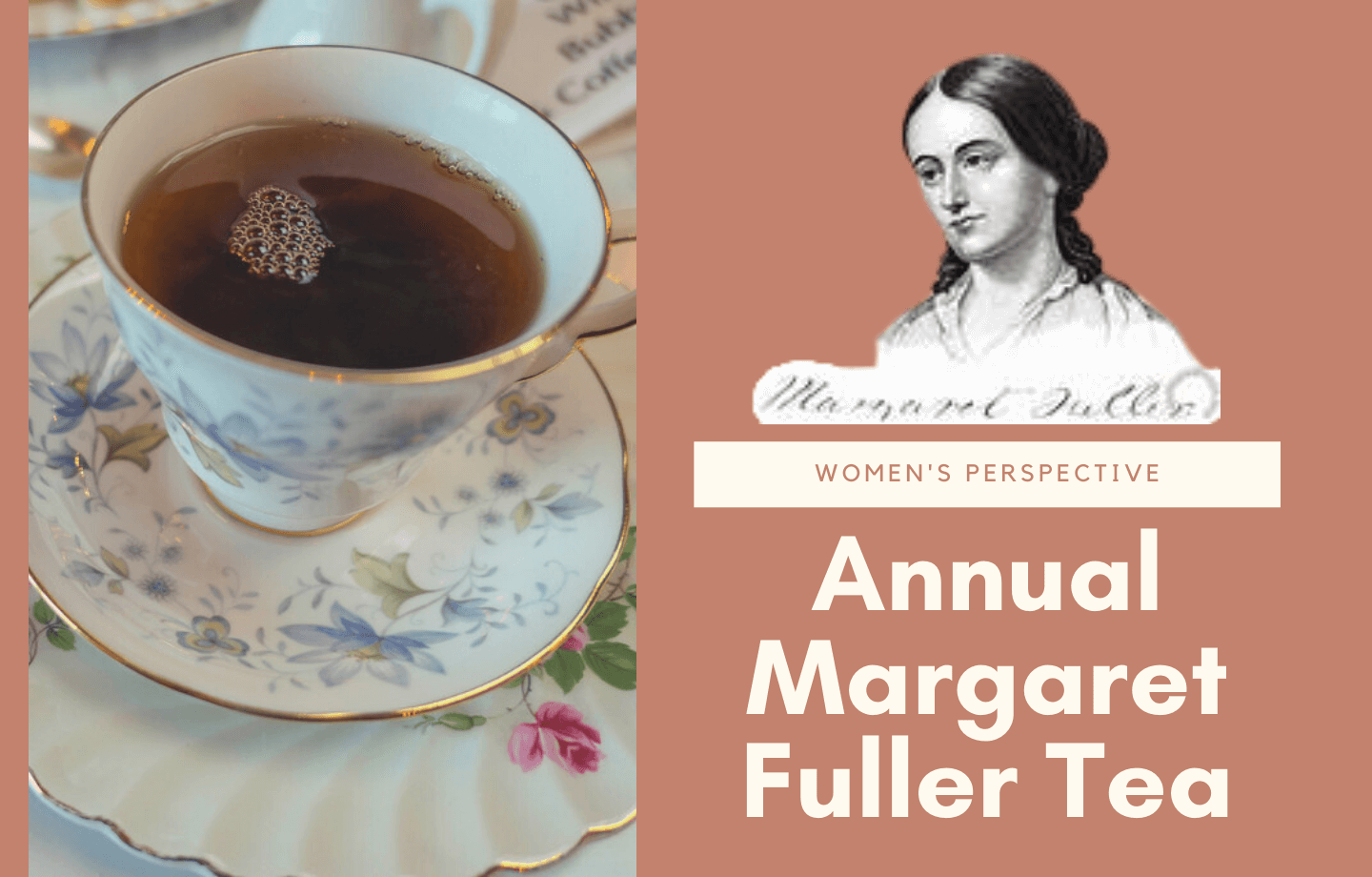 Please join us in somewhat abbreviated in scope* to help us celebrate Dorothy Hopper and JoAnne Way’s induction into the Clara Barton Sisterhood for service to others with your presence.

Our Keynote Speaker is our own Col. Peggy Phillips, U.S. Air Force (Retired) speaking about how her UU beliefs and principles have influenced her career in aviation, her East Shore Unitarian Church activities, and home life.  (For a preview on Peggy’s aviation career, watch:  Col. Peggy A. Phillips-2022 WAI Pioneer Hall of Fame induction )

This will be a special time to honor our church sisters – and an opportunity to wear a favorite hat with your favorite mask….

* Alert: Due to the change in Covid protections, we will be unable to serve food and tea at this year’s Margaret Fuller Tea.

Register online so we know how many chairs to arrange.

was an American journalist, editor, critic, translator, and women’s rights advocate associated with the American transcendentalism movement. She was the first American female war correspondent, writing for Horace Greeley’s New-York Tribune, and full-time book reviewer in journalism. Her book Woman in the Nineteenth Century is considered the first major feminist work in the United States.

Margaret became a teacher and in 1839, she began overseeing her Conversations series: classes for women meant to compensate for their lack of access to higher education. She became the first editor of the transcendentalist journal The Dial in 1840, which was the year her writing career started to succeed. By the time she was in her 30s, Fuller had earned a reputation as the best-read person in New England, male or female, and became the first woman allowed to use the library at Harvard College.

Fuller was an advocate of women’s rights and, in particular, women’s education and the right to employment. She revolted against Boston-Cambridge’s learned professions because she was barred from entering as a girl. She also encouraged many other reforms in society, including prison reform and the emancipation of slaves in the United States.