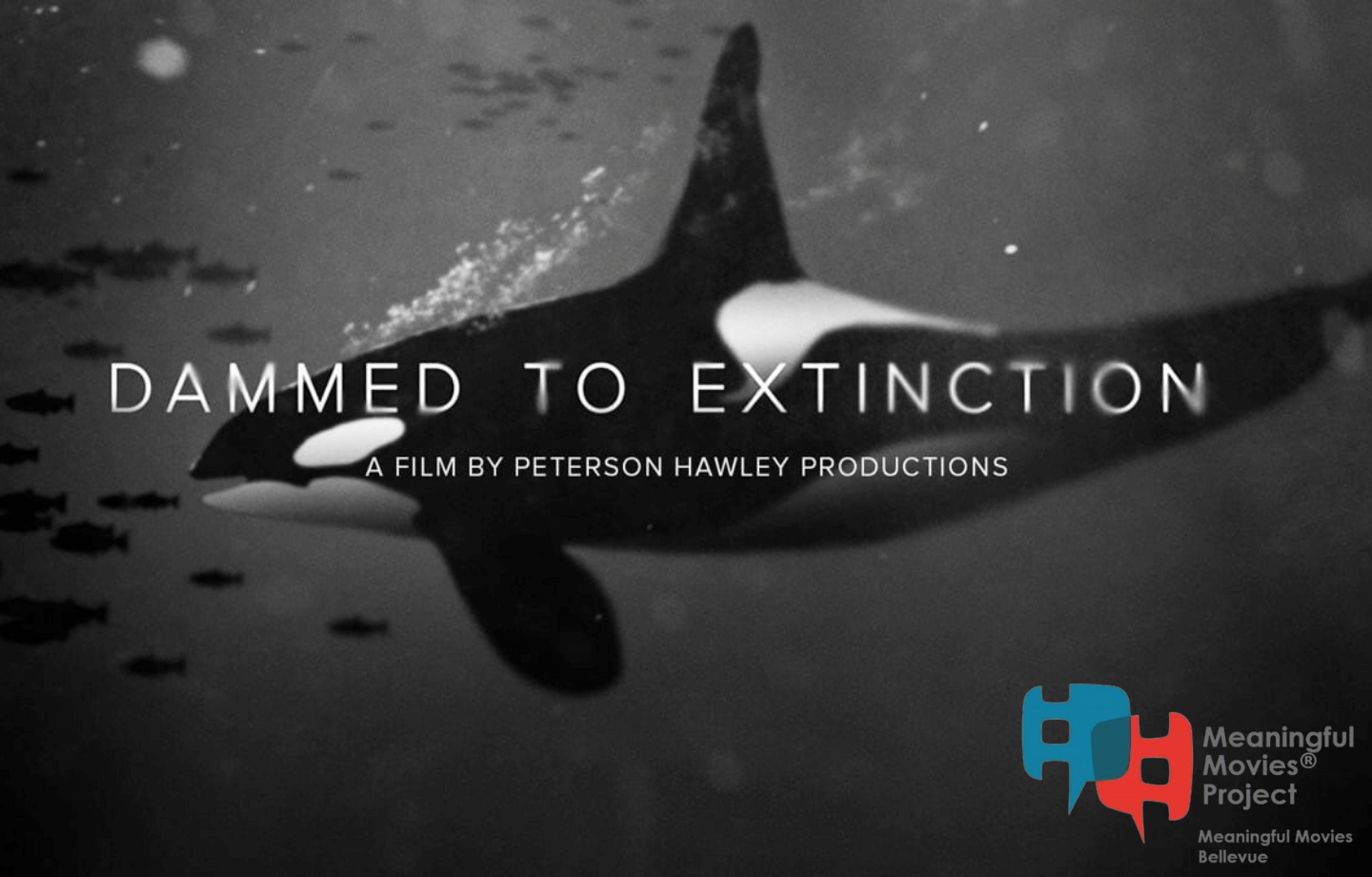 Join Meaningful Movies Bellevue for the 2019 documentary film Dammed to Extinction, followed by guest speakers who will address issues raised in the film. Dammed to Extinction features orca whale researcher, Ken Balcomb, who has been studying the Puget Sound Southern Resident Orca for over 40 years. Struggling to survive, the orcas rely on Chinook salmon for their existence. Yet salmon are close to extinction themselves because of a series of four dams on what was once the largest Chinook producing river on earth. A broad and growing coalition of scientists, economists, conservationists, and citizens say removing these Lower Snake River fish killing dams is the best chance we have to bring abundant runs of salmon and the orca that rely on them. Please join this free screening of Dammed to Extinction and inspiring discussion afterward to find out what orcas need – and what we can do together to get it done! Open to all ages.