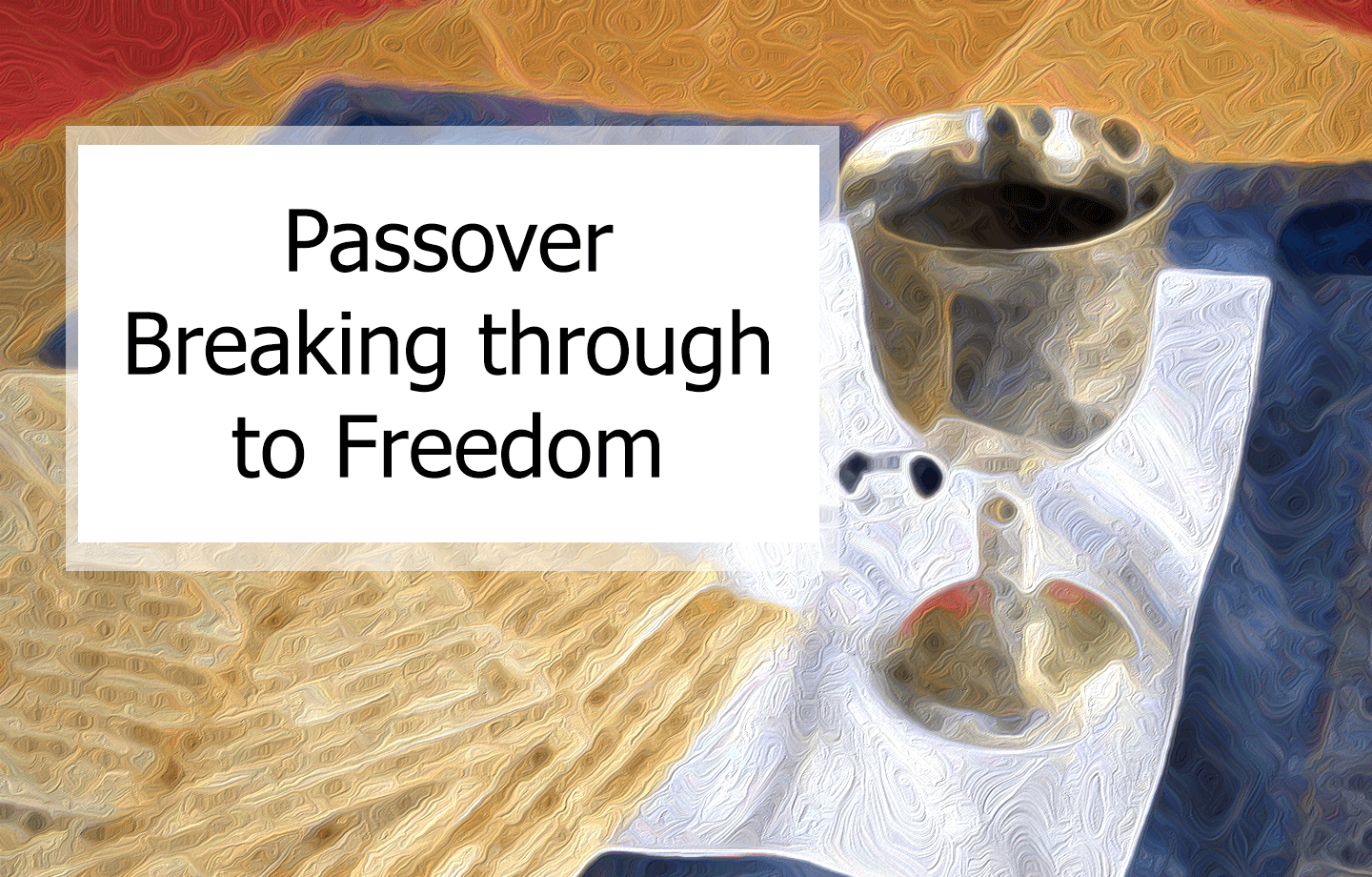 The story of Passover is one of having the chutzpa to allow for grace. Rev. Furrer on Moses, courage, and the path to liberation, then and now. ​

Last night was the first night of Passover, the Jewish festival commemorating their escape from slavery in Egypt and the first beginning steps on their long road to freedom. I want to take a few minutes this morning looking at the story from a Unitarian Universalist perspective, as myth depicting the transformation of a people, or an individual person, from bondage to freedom—from external, political bondage and from internal, psychological bondage.

Exodus as a Story: It is impossible to discern any actual historical events. No contemporary evidence exists outside the Bible. Plausible reconstructions run the gamut….

Metaphorical reconstruction (Norman Gottwald): The tyranny described reflects Egypt’s political and economic domination of the Land of Canaan in the Late Bronz Age (the “tribal period” of Jewish history). The Conquest of Canaan came from within… the following 200+ years were a period of growing local autonomy, some inspired by the YHWH Cult. The YHWH Cult affirmed three things:

Theirs was an oral culture; stories were shared around a campfire…

Exodus as a “mythic paradigm:” (more that one-time event; Exodus is happening all the time.) Myth and ritual go together (myth = the story and ritual = the acting out. In this case, the Seder supper.

William Wilberforce (“Amazing Grace” 2006 movie starring the late Albert Finny). It’s a story about the people who worked together to ban the slave trade throughout the British Empire.

1780s Conversion (personal crossing of the Red Sea). Then Wilberforce is recruited to the abolitionist cause. He introduces legislation for twenty years, generating and sustaining the movement.

Om March 25, 1807 (214 years ago last Thursday) the Act banning slavery passed. Wilberforce’s health suffered, he was maligned, he became addicted. But he kept at it and eventually led his people out of the wilderness.

As a myth, Exodus isn’t about culture heroes only (Moses, William Wliberforce, Martin King and the like). It’s about the hero inside everyone.

Consider in my own life, and my own first mythic escape from Egypt.…

IT’S UP TO EACH OF US, personally, to cross the Red Sea within if we ever want to get beyond our conventional programming—programming that can turn a person into a slave. It looks like we’ll drown, but it always looks that way. And getting through the flood is only the beginning. It’s terrifying, but that’s the truth about freedom.

Moreover, freedom leads to life (vitality, creativity). And freedom also leads to peace (because we have each other—the meaning of covenant. And freedom leads to justice. William Wilberforce and Martin Luther King, Jr. both led their people—all people—out of bondage by affirming universalism. The Abolition and Civil Rights Movement were moral crusades for freedom and justice. Once we lose that moral high ground, all we have is a power struggle, which has never been a persuasive means for the weaker to deal with the stronger.

But with a commitment to life, and one another, and to justice, we are free. Or on our way to freedom, at any rate, arm in arm, struggling through the wilderness with our eyes on freedom.

I want to make one more point. What, I want to ask, does freedom asks of us? Responsibility. That is, response ability. The ability to respond to the exigencies of the moment. The ability to be present. With the clear focus and deft flexibility necessary to help the situation. And we have such a situation before us right now, today, one that requires the response ability of everyone in this Zoom Room: our Mission Fund Drive.

The novel coronavirus has done a number on institutions of all kinds. My first wife’s alma mater, Mills College in Oakland, has folded, and many houses of worship of are teetering. ESUC is not exactly teetering, but we are in need of everyone’s increased generosity this year. Holly House, though a valuable asset, remains unsold and, even when that does happen, the funds from its sale will be months away. Rentals are down and will remain so until folks go back to work and school. That leaves us two sources of increased income: drawing from the Endowment Fund, and more money from pledges.

Ironically, during a pandemic that has devastated our economy and laid millions off from work, the stock market continues its steady assent, upwards now above 33,000 points. We take a little over $40,000 out every year, but betting on growth and anticipating the sale of Holly House, we have drawn more than that over the last few years. And since the market continues to grow so steadily, we can continue to draw from the Endowment, but a more response – able response, it seems to me, would be to also—this year—dig deep. The pandemic will soon lessen. More and different people will begin to come visit us on our beautiful campus and join in with our progressive and spiritual advance.

The major health crisis and social turmoil of the last year has made it clear: we need to cross the Red Sea (and with that huge container ship blocking the Suez Canal, those who disapprove of liberal religion may well be distracted as we scamper across) and, guided by our covenant, choose freedom. Hard as it can be. Painful sometimes. But free.

Free religion is not a free–for–all. It requires, always, order and orchestration. It requires a willingness to risk for a reasonable chance at success. And most of all, it requires members able to respond to what is happening now. Which in our case this month is the Mission Fund Drive, which wraps up in three days. Please fill out and send in your pledge card. The more of you who do so, the less time we will spend wandering in the desert and the sooner we will have passed over into a new, fully enshrined Canaan.

So may it be. Amen. And Alleluia!