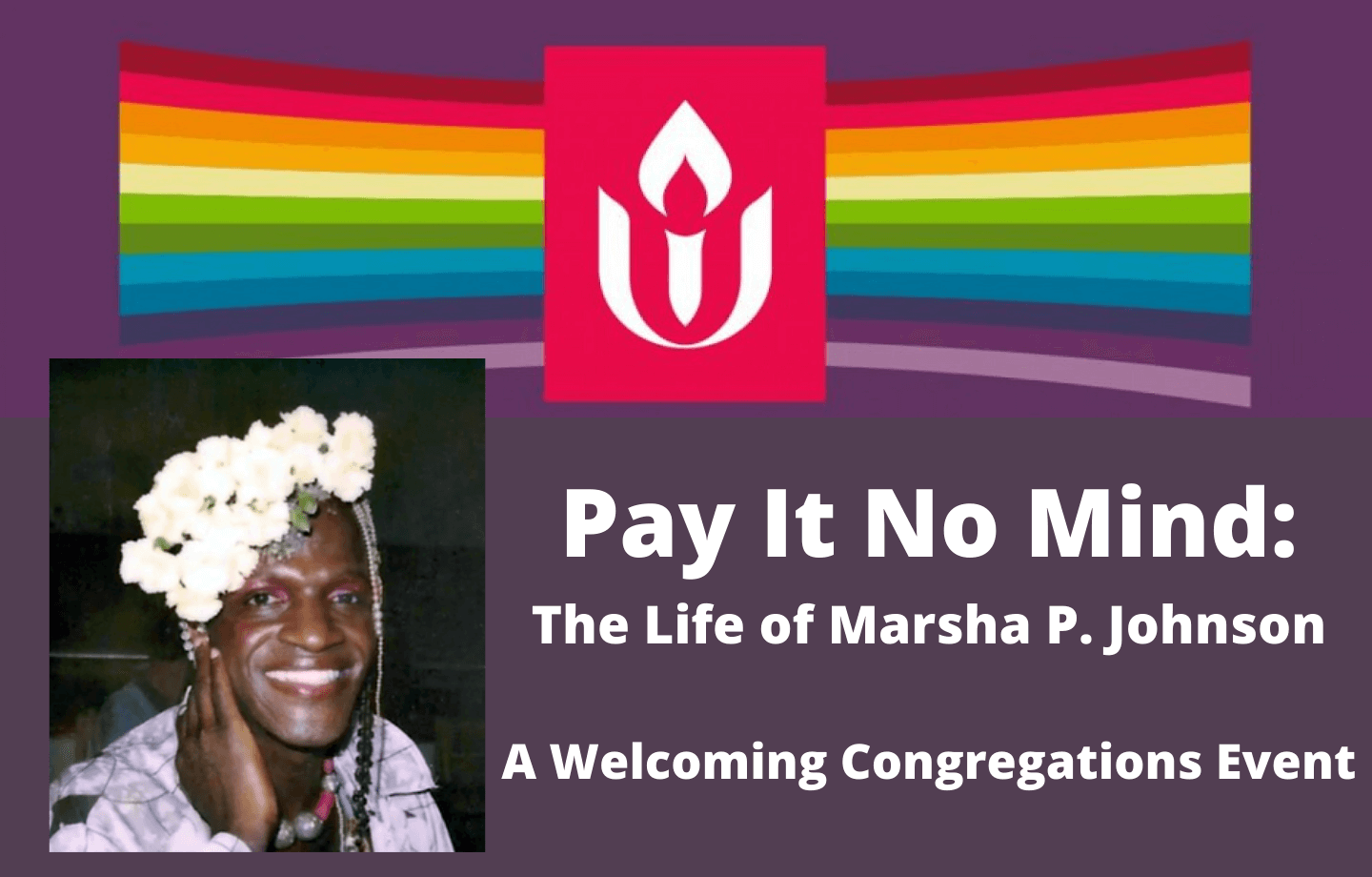 Join us as we present “Pay It No Mind – The Life and TImes of Marsha P. Johnson”. This event is offered by the ESUC Welcoming Congregations Renewal Committee as part of our Welcoming Religious Education Program.

Marsha P. Johnson was an American gay liberation activist and self-identified drag queen. Known as an outspoken advocate for gay rights, Johnson was one of the prominent figures in the Stonewall uprising of 1969. This film is an intimate examination of Marsha’s life based on an extensive 1992 video interview with Marsha and subsequent interviews with many of the people who knew her during those tumultuous times. If you don’t know much about Marsha, this film will be a revelation about an important historical figure to whom everyone who values liberation of human sexuality and gender-identity owes a debt of gratitude.

We will begin a “watch party” at 4:00 p.m. at https://cutt.ly/ESUC-PrideWatchParty, and then we’ll hold a talk back session over zoom at 5:00 p.m. where we will consider a number of questions and discuss our thoughts and reactions to the film. Join via Zoom Meeting ID: 881 3454 6288, Passcode: Pride

​If you would like a quick video intro to Marsha P. Johnson, you may want to watch this 3 minutes brief history: