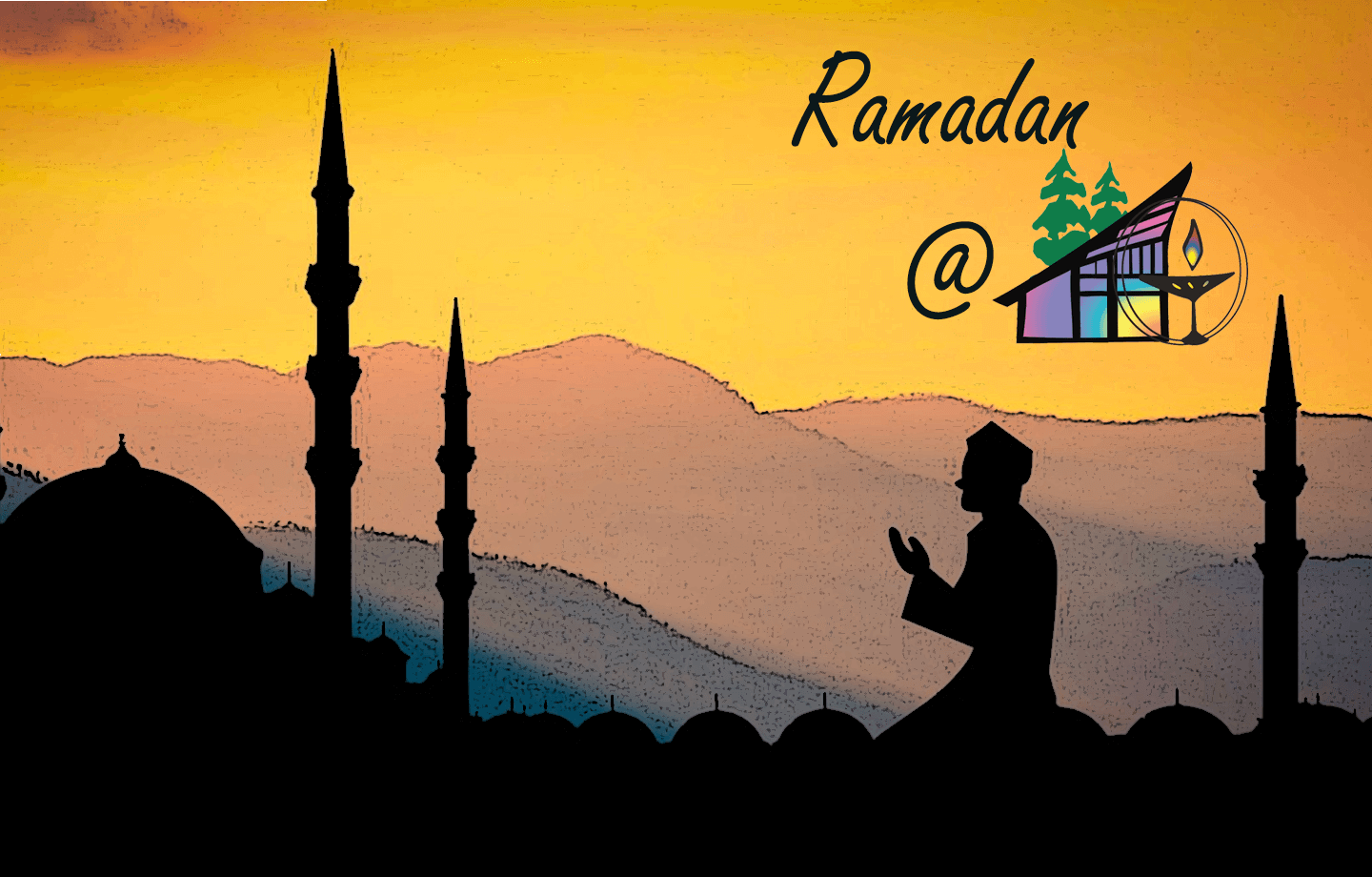 Mohammad was born in 570 AD in Mecca and began having visions at age 40. Eventually, he wrote them down: the Koran. Today we consider the month-long holiday of Ramadan, an integral part of Islam.  Reverend Furrer will be preaching.

My main point today: all faith is good. There is way too much religious intolerance in the world today. And it’s not a good thing. I am reminded of one of my professors in seminary, Jacob Needleman, who employed a powerful metaphor when discussing world religions. The religious quest, Needleman suggested, is like ascending Mt. Everest. It’s a long climb to get to the summit. And where you begin your ascent looks different depending on where you live. If you begin in Mumbai, your map may look a lot like Hindu Vedas; in Texas, a Schofield Reference Bible; and in Saudi Arabia, it is apt to look like the Koran. But by the time one gets up above 15,000 feet (about half the cruising altitude of a commercial jet and about half the height of Mt. Everest), all the maps begin to look similar. And at the summit: they’ve all brought you to the same place.

Yes; the map from Saudi Arabia looks like the Koran. Muhammad was born in 570 A.D. in Mecca. At age 40 (610) he began to have visions. In 622 he was forced to migrate to Medina. Twelve others were with him and four of them were Christians. The Middle East has always been a place of many faith traditions. Muhammad was impressed with the Prophets, but believed that neither the Jews nor the Christians had lived up to the Prophets—and in some cases had even falsified their messages.

So, Muhammad offered another path to the top of Everest: The Path of Submission: Islam. You do not have to be a saint. You just have to be true. Jihád is very misunderstood; it means “struggle,” just like “Israel” means “one who struggles with God.” This is the basic, underlying truth about the human condition: LIFE IS STRUGGLE. Don’t be deceived. Don’t trivialize it either, said Muhammad. Make it holy.

Christian-Islamic conflict is a major aspect of many of the struggles we read about every day; in the Balkans, the Middle East, Indonesia—around the globe. If we are to understand these conflicts better, we must try to understand Islam better. It is not the low-type, thuggish faith that the popular media often makes it out to be. It is essentially another path. One that recognizes the Christian path and even goes as far as to recognize it as higher—if you can live up to it.

Indeed, all religions, if we focus on their central tenants, lead us to better, more productive lives. Our chalice lighting reading ended with the plea to Allah, “Guide us in the straight path.” A straight path is one that is direct, straightforward, and explicit. More than other religions, Islam spells out its directives simply and explicitly.

The Five Pillars of Islam are the principles that regulate the private lives of Muslims in their dealings with God. The first pillar is Islam’s creed, or confession of faith, the Shahadah, and it consists of a single sentence: “There is no God but Allah, and Muhammad is His Prophet.” The second pillar is prayer: five times daily: on awakening, at noon, mid-afternoon, sunset, and before bed. Ablutions precede prayers, which begin while standing and conclude in the fetal position with one’s head touching the floor. All prayers focus on gratitude and praise. The third pillar is charity: two and one-half percent of one’s resources should be distributed to the poor every year. The fourth pillar is Ramadan, which begins tomorrow night at sundown. It’s a lunar holiday and so, over time, it moves around the solar calendar. Muslims who are not ill or involved in crises like war or unavoidable journeys fast during Ramadan: from the first moment of dawn until sunset, neither food nor drink nor smoke passes their lips, nor are they supposed to be sexually active. The significance? To teach self-discipline, reminding believers of their frailty and dependence. Plus, it fosters compassion, for only the hungry know what hunger really means. And a special comradery is forged among those who eat together before sun-up or after dark.

Islam’s fifth pillar is pilgrimage. Once during her or his lifetime, every Muslim who is physically and economically able to do so is expected to journey to Mecca—where God’s climactic revelation, as written in the Koran, first came down from heaven. The purpose of the journey is to heighten the pilgrim’s commitment to God, but there are many fringe benefits, as exuberantly described by Malcolm X in his amazing The Autobiography of Malcolm X. He was blown away by the human equality he experienced when everyone exchanged their clothes (which are status-ridden) for two simple sheet-like garments. People of every race and ethnicity, speaking dozens of languages come together demonstrating a loyalty that transcends all of that. Packed together, he writes “were white, black, brown, red and yellow people, blue eyes and blond hair, and my kinky red hair—all together, [sisters and] brothers! All honoring the same God Allah, all in turn giving equal honor to each other.” After years as a radical black separatist, Malcolm had a truly universalist epiphany: “All ate as One, and slept as One. Everything about the pilgrimage atmosphere accentuated the Oneness of Man [Humanity] under One God.” He learned something else, too, sleeping on rugs with so many others: “that pilgrims from every land—every color, and class, and rank; high officials and beggar alike—all snored in the same language.” The climax of the trek is to circle the Ka’ba, a huge black stone in the middle of Mecca’s Great Mosque. With each revolution pilgrims get a little closer. Malcolm X described it like this: “The pilgrim should try to kiss the Ka’ba if possible, but if the crowds prevent him [or her] from getting that close, they’re to touch it, and if the crowd prevent that, they raise their hand and cry out ‘Takbir!’ (‘God is great!’) I could not get within yards. ‘Takbir!’” When asked later what impressed him the most, Malcomb exclaimed, “The brotherhood! The people of all races, colors, from all over the world coming together as one!”

Amen, shalom, blessed be, and salaam.