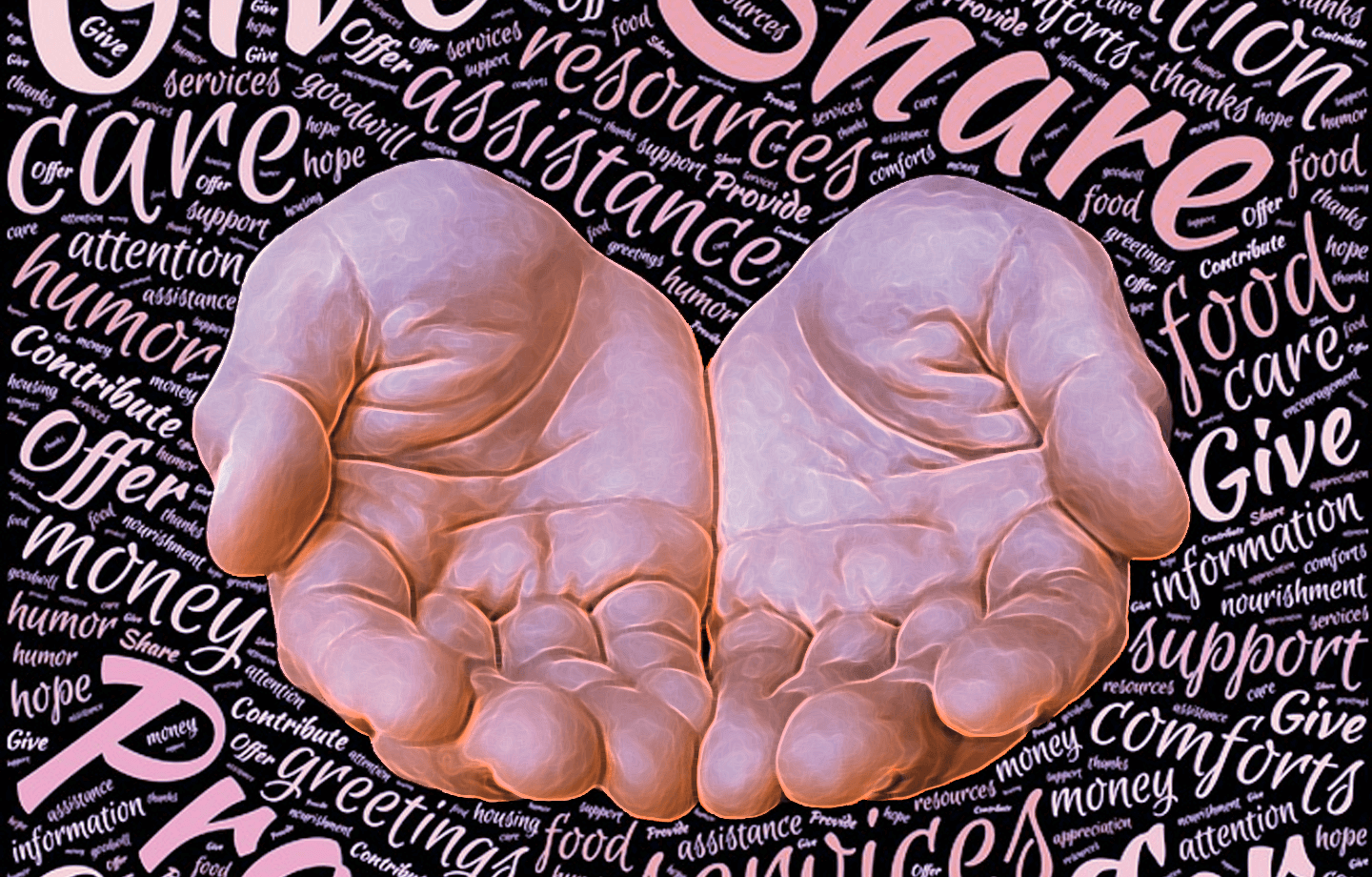 Lessons from our Coast Salish neighbors on how to think of our upcoming Annual Mission Fund Drive—and how to make it both successful and remarkably FUN! Reverend D. Furrer preaching on the soulful appreciation of money.

For those joining virtually, please mute as soon as you enter the room, so everyone can hear. Please note, the services will be recorded, but at this time, there are no plans to share the recording.

For the latest on Religious Education programs, click here.

When the Puritans first landed in Massachusetts, writes the poet Lewis Hyde, they discovered something curious about the native’s feelings for property—so much so that they felt compelled to give it a name. In 1764, when Thomas Hutchison wrote his history of the colony, the term was already an old saying: “An Indian Gift is a proverbial expression signifying a present for which an equivalent return is expected.”

Imagine a scene: an Englishman comes into an Indian lodge and his hosts, wishing to make their guest feel welcome, ask his to share a pipe of tobacco. The pipe itself is a peace offering that has traditionally circulated among the local tribes, staying in each lodge for a time but always given away again eventually. And so, the local Wampanoags, as is only polite among their people, give the pipe to their guest when he leaves.

The Englishman is delighted. He takes it home and sets it on the mantlepiece. As time passes, the leaders of a neighboring tribe come to visit the colonist’s home. To his surprise, he finds that his guests have some expectations regarding his pipe when his translator finally explains to him that if he wishes to demonstrate his good will he should offer them a smoke and give them the pipe. In consternation the Englishman invents a phrase to describe these people with such a limited view of private property.

The Indian gift-giver understood the cardinal property of the gift: whatever we have been given is supposed to be given away again, not kept. “In fact,” Hyde concludes, “it is best if the gift is not returned, but is given instead to some new, third party. The only essential is this: the gift must always move.”

I want to talk this morning about money. And about gift-giving. And particularly about our Mission Fund Drive which will kick off this coming week….

Whenever I need to meditate on money, I begin by reviewing a little book called The Seven Laws of Money by Michael Phillips, a banker instrumental in developing Master Charge and fundraiser par excellence. Here they are:

I’m sure all of you have seen Law #4 at work. 80% of those in prison are there for money-related crimes. Others live in self-imposed exile because they’re afraid of being “used” by conmen if it becomes known that they’re rich.

Some of you are probably skeptical about the 1st Law…

My favorite is Law #7: there are worlds without money. Yes, there are. Like every night in our dreams. But here—in the day-to-day world of prosaic facts and ledger sheets—we have money.

Still, people are nervous about it. My dad, a member of the Naval Reserve, regularly used to remind us that a naval officer never talked about religion, politics, or MONEY at the dinner table. I suspect most of you have read UUA consultant Rachel Maxwell’s report on appropriate staffing levels here at East Shore. If not, I encourage you to check it out. We need to get past my father’s “Naval Gentleman” mentality and learn how to address the serious matter of running this church openly and unapologetically, with wisdom and prudence.

Many Unitarian Universalists feel guilty and insecure when talking about money. Ralph Waldo Emerson was not. In his essay “Nominalist and Realist,” Emerson declared

Money, which represents the prose of life, and which is hardly spoken of in parlors without apology, is in its effects and laws, as beautiful as roses.

Emerson’s understanding about money arose from quite a different mindset than many people’s–who might hold it to be “the root of all evil.” [1] Emerson realized what few of his own era were willing to understand: that money is a brilliantly conceived human invention and only when its use is perverted is it the root of anything evil. Emerson is also right about the beauty of roses—if they are tended by a caring and attentive gardener. Similarly, the money system, if it is to blossom as a beautiful human invention, depends upon a society of caring and well-informed human beings.

In a society that encourages greed, on the other hand, the money system (like an untended rose garden) can be perverted rapidly. Consider the illegal—and unconstitutional— July 2019 telephone call President Trump made to Ukrainian President Zelensky in which he dangled $400 million in military aid in return “for a little favor” of opening an investigation into the business activities of his rival Joe Biden’s son, Hunter. A perfect example of Law #5 (You can never really receive money as a gift). There’s always a catch, an addendum, a codicil.

There’s another way. When a gift is used, and passed on, it is not used up. Quite the opposite, in fact. The gift that is not passed along is lost while the one passed along remains abundant. There’s an old Scottish folk legend about three sisters who successively go forth to seek their fortunes. In each case the mother offers her daughters a choice: a smaller or a larger piece of bread to carry along. The two older girls went for the larger portion and didn’t share it—they were nourished only while they ate. The third child shares her smaller piece with the birds and critters of the field, who in turn share gifts with her. What is given away feeds again and again while what is kept feeds only once and leaves us hungry.

This is an inextricable law of the universe. “Cast your bread upon the waters,” as we read in the Bible[2], and it will return seven-fold, and more. And it’s not just material goods that are at play here; it’s our other gifts as well, our talent or our beauty or intelligence. As St. Paul points out in his 1st Letter to the Corinthians[3], For what have you that you did not receive? It then you received it, why do you boast as if it were not a gift?”

The Law of Karma states it clearly: What goes around, comes around. Including life and the ability to remain open to its bounty and wonder. Those who choose to affirm that life itself is a gift, and who remain open to experiences that will bear out that affirmation, also need ways to ensure that their gifts will always keep moving. That’s because when it stops moving it ceases to be a gift, but a weight.

This, according to the poet Lewis Hyde, is what the Indigenous Wampanoags tried to teach the earliest Puritan settlers. For their efforts they were rewarded with a well-known pejorative, if not racist epithet, that we all know.

The Mission Fund Drive is about to begin and here is my simple theology of giving: Life has been given to us by that which is greater than we know, and for it to remain a gift it must remain on the move. We do that by sharing what we have and what we can with those we love and care about, those to whom we choose to extend our lives. We have also created institutions whose purpose is to nurture and enhance this gift of life, and to carry its promise and possibilities forward from one generation to another. And across distances that we may nurture and enhance the lives of others beyond our personal sphere.

East Shore Unitarian Church is now over 71 years old. Your pledges to the 2022-’23 Mission Fund Drive offer the church opportunities to keep the gift and to keep life in this church moving for another seventy-one and more years into the future by supporting the institution you have created to nurture and sustain that gift.       Let it be so.              Amen.

[1] “For the love of money is the root of all evil: which while some coveted after, they have erred from the faith, and pierced themselves through with many sorrows.” 1 Timothy 6:10. It’s not money per se that’s evil, only coveting it.