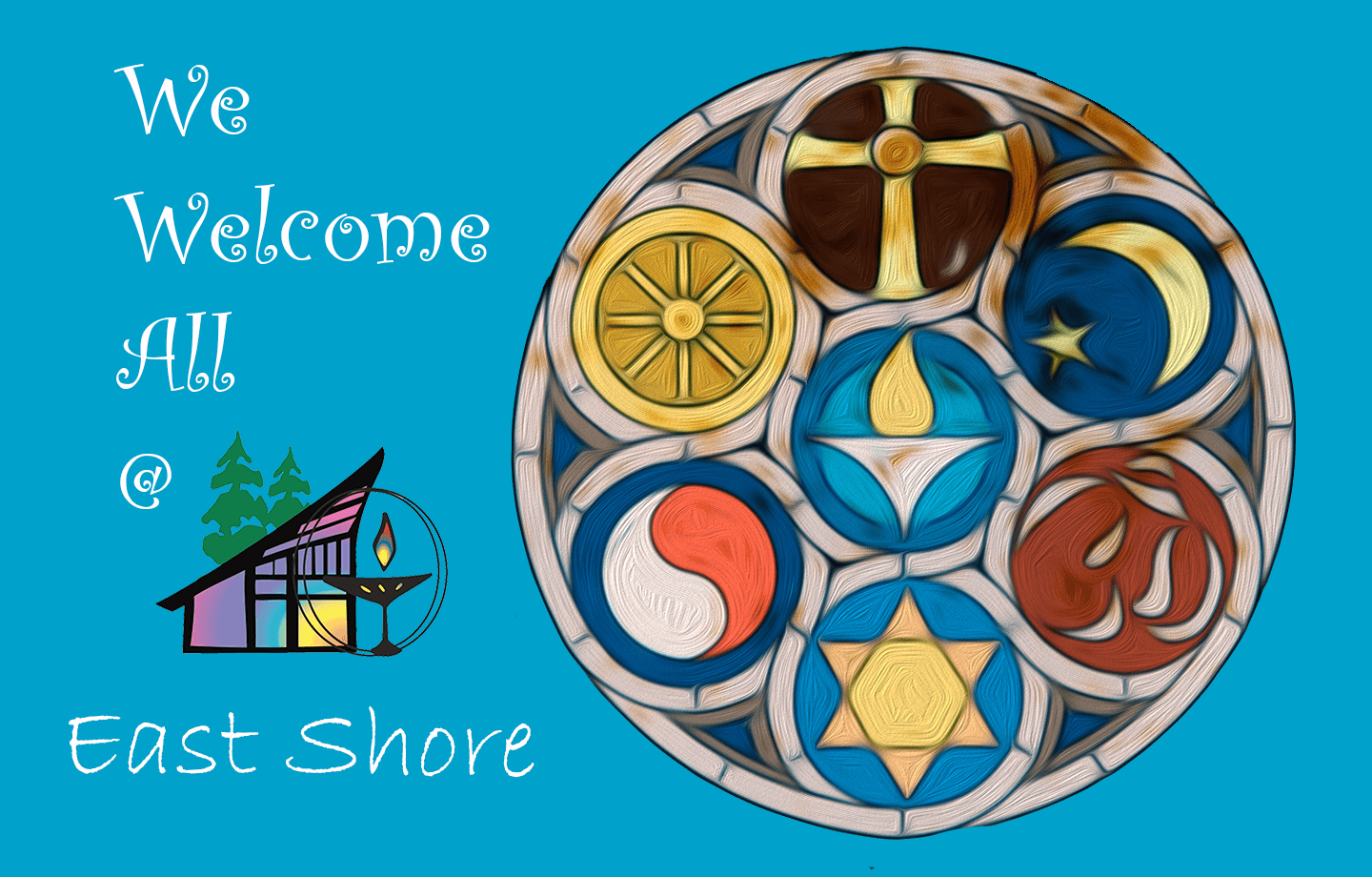 Rev. Furrer will continue his series on the seven UU Principles by talking about the fifth principle, The Right of Conscience and the Use of the Democratic Process.

Not to let Coronavirus dominate every aspect of our lives, this morning I pick up my sermon series on the principles of Unitarian Universalism. One of the recurrent themes that I’ve tried to weave in throughout this series is that of relationship. While the First Principle, it’s true, focuses on the individual (the inherent worth and dignity of every person) each subsequent principle is based in—and seeks to remind us of—our relationships with others. The Fifth Principle—the right of conscience and the use of the democratic process—makes this explicit: we believe in living relationally. We believe in living in such a way that we can encourage one another to practice principles 1 through 4.

Another theme I’ve been repeatedly weaving in is the idea that these seven principles—our current denominational covenant—did not just drop out of the sky. They evolved organically out of earlier spiritual source material including (but not limited to) the Bible and classical (Greek) philosophy. Compared to the ancient Greeks and Israelites, ideas about democracy are quite modern. The United States is the longest continuously functioning representative democracy in the world: two hundred and forty-six years. But our democratic roots go back at least another 150 years to the early 17th century. That was when religious dissenters made their way by the tens of thousands across the Atlantic to the rocky, unyielding soil of New England. Why? For some, economic opportunity. Then as now many immigrants to our shores come in hopes of prosperity—or to escape prison for debts unpaid.

For others there was another, equally compelling motivation—the establishment of a new, more perfect order of society. The one hundred and fifty years immediately before 1776 can be read as a training ground for establishing that society. In Massachusetts, our oldest Unitarian churches were established with just this idea in mind: how to organize their society in such a way that people were free and responsible and good to one another.

The story of how our 17th and 18th century forebears pulled this off—or tried to—is a great one. With low points (like the Salem Witch Trials) and many pinnacles. One of the ironies of colonial life was how, once the colonists escaped religious persecution in Europe, most of them quickly imposed on other groups here, most notably the Mennonites, Catholics, and Quakers. Among the original colonies, only Rhode Island and Pennsylvania practiced religious toleration. All the rest had one established church that was supported, along with its ministers, by civil taxes. And there was much harassment and pressure to conform, as chillingly depicted in the writings of Nathaniel Hawthorne.

One of the unsung Founding Fathers was the Virginian George Mason. He took a back seat compared to the more flamboyant Washington, Jefferson, and so many others, but Mason was a patriot equally important to the establishment of our democratic institutions. He had distaste for committee work and contempt for those whom he called “babblers” and who—then as now—predominate in politics. George Mason mostly avoided public life—except on two important occasions. From 1775 to 1780 he served in the Virginia House of Delegates, where he took a leading role in every aspect of formulating a new state government and almost single-handedly wrote the state constitution and Declaration of Rights. The second occasion was in 1787 when Mason was persuaded to serve as one of Virginia’s seven delegates to the Constitutional Convention in Philadelphia. He was one of the convention’s five most frequent speakers, arguing passionately for individual freedoms and against centralized governmental authority. He exerted great influence, but during the last two weeks of the convention he decided not to sign it. He explained his reasons at length. His foremost objection: no Bill of Rights, but there were other problems, too. The slave trade had not been outlawed, the House was not representative enough, and the Senate and federal judiciary were too powerful. These fears led Mason to conclude that the new government was destined to become either a monarchy or fall into the hands of a corrupt and oppressive oligarchy. The strongest bulwark against such tyranny was the right of conscience.

It was through George Mason that the idea of freedom of conscience enters the public sphere, becoming an aspect of what constitutes political and social freedom.

George Mason played a key role in the 18th century, but there were others—like Anne Hutchinson in the 17th century, Frederick Douglas in the 19th century, Martin Luther King in the 20th, and their like, as well as the ones we’re all familiar with (including James Madison, who ultimately pushed through a Bill of Rights during the 1st Congress.) Taken together and across the centuries, these and many others are all responsible for the evolution of democratic consciousness. But it’s up to us to keep that evolution going. Keep it evolving. As the historians Charles and Mary Beard wrote, “The American Revolution started before the first Pilgrim landed on Plymouth Rock and continues to this day.” Because democracy—properly understood—is always evolving, always in process, always up for grabs.

In the end, the Constitution’s elaborate system of checks and balances wasn’t enough for George Mason because it did not have a Bill of Rights. “Why would that matter?” you ask. Because democracy involves far more than elections. It’s majority rule, of course, but far more important to democracy are minority rights. And it’s minority rights that the first ten amendments to the Constitution protect. Mason and the other Philadelphia delegates were all familiar with the many crimes that had been carried out by colonial authorities against religious minorities. Other minorities too, but it was religious minorities—in that era—who seemed to draw the authorities’ greatest ire. I suppose our American hearts and consciences were not yet ready to grapple with fair treatment for ethnic and racial minorities, let alone the challenges of gender equity and species-ism. But the important point isn’t what minority is being oppressed, it’s that democracy rejects all minority oppression, whatever its focus. And it does this (no matter how large the majority or what policies they support) by insisting on certain inalienable individual rights.

Our Fifth Principle’s support for democratic process applies to both our congregations and to society at large. Let us, for a second, consider what democracy means within the 400-member East Shore Unitarian Church. It means, first of all, that we affirm the right of conscience within this church. No one is ever to be coerced into believing, or agreeing to, anything that doesn’t feel right and make sense to him or her, or they. Sometimes that makes consensus harder, since we’re usually not on the same page from the get go.

But, if faithfully abiding by the democratic process within our congregation is hard, how much harder to pull it off in society at large? And yet, that is our goal, our ideal. Today, it seems to me, the most oppressed group in our country at large is not the Mennonites or the atheists, but the poor. In a country where running for office requires millions upon millions of dollars, “one person/one vote” has become instead “one dollar/one vote.” Those who can pay have access to political power. Those who cannot, have virtually none. George Mason’s warning about being taken over by a corrupt, oppressive aristocratic oligarchy begins to sound eerily prophetic. Especially in light of the 2010 Citizens United v. FEC Supreme Court decision legalizing—for the first time—unlimited anonymous campaign contributions.

This is why, in my opinion, the voice of prophets like Frances Moore Lappe must now more than ever be heard. Democracy requires an informed electorate, but how can we have an informed electorate when 90% of everything we see, hear, or read, comes through the editorial offices of six multinational media conglomerates? Conglomerates apparently committed to a stance of abject dismay when asked the question of why anyone would want to attack the USA—or Paris, France. Because Muslims hate democracy? I don’t think so. Maybe—instead—it’s because the West advertises democracy, but rarely practices it. Or in America’s case, maybe it’s because we are only 6% of the world’s population consuming almost ¼ of its resources. And enforcing our right to access those resources, no matter what the cost to native populations or their ancient traditions.

The Coronavirus pandemic has sliced across all aspects of our lives. Now, more than ever, our democracy is up for grabs. There’s a lot to be done between now and November 3 and lovers of democracy must not allow Coronavirus or anything else distract us. There is a way to turn this thing around and to jump-start the living democracy Frances Moore Lappe cries out for; and it’s a way that no legislature or tribunal or politburo is likely to think of—the way of individual conscience. This is why it’s imperative that we practice exercising our conscience here, in this safe and sacred place, with one another. Every day.

Let our church, here, be a training ground for democracy—real living democracy. That we may go forth and carry out from here a legacy of loving relational consciousness. Where every conscience is honored. And living democracy prevails.           So may it be.   Amen.