An event every week that begins at 7:00 pm on Tuesday, repeating until Wednesday, March 22 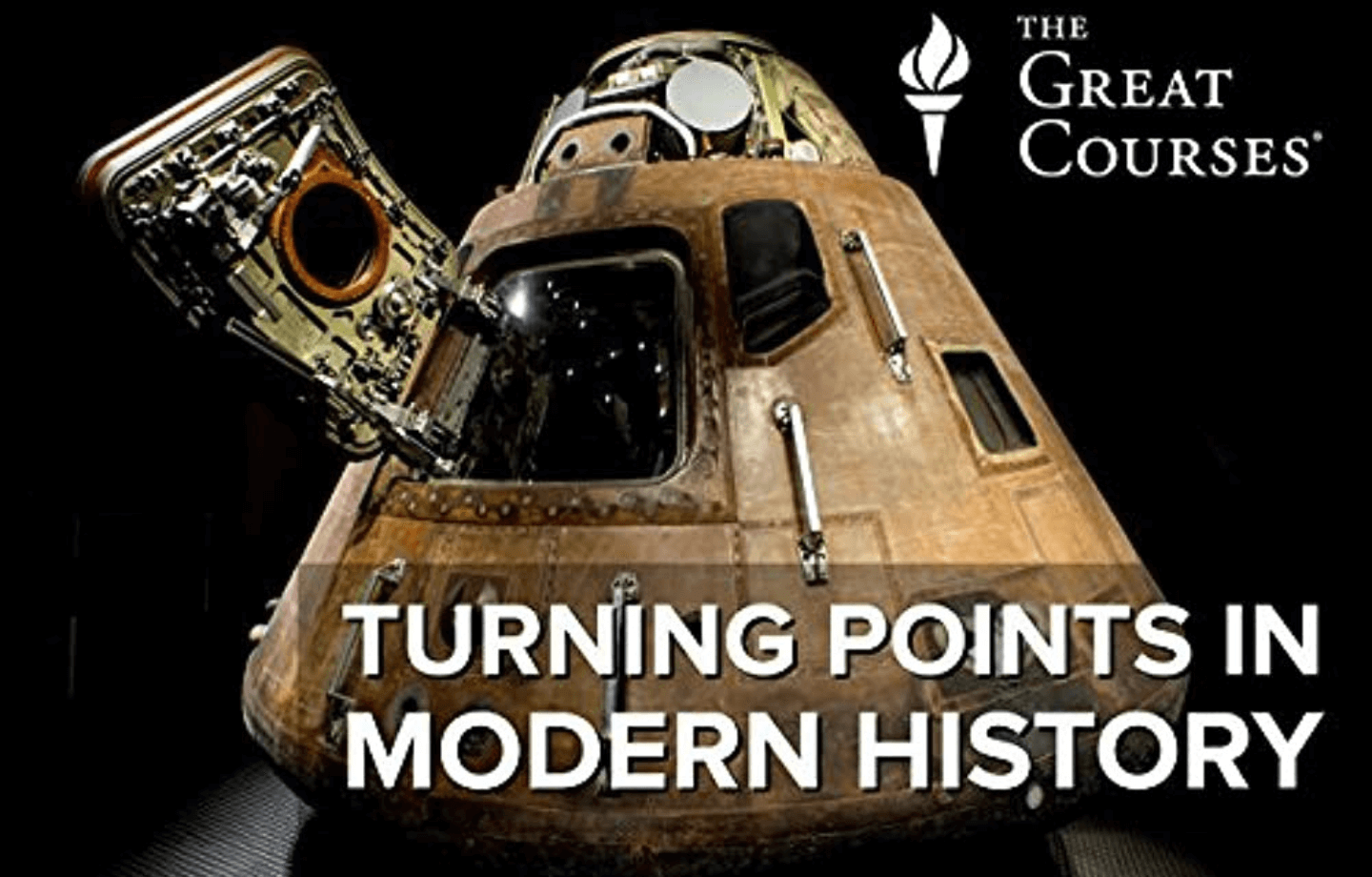 Turning Points in Modern History takes you on a far-reaching journey around the globe—from China to the Americas to New Zealand—to shed light on how two dozen of the top discoveries, inventions, political upheavals, and ideas since 1400 have shaped the modern world.

A Unique Understanding of Our Shared Past

Some of the events presented in Turning Points in Modern History, including the discovery of the New World and the fall of the Berlin Wall, will immediately resonate as watershed moments. The global significance of other pivotal events may only become apparent through the professor’s guidance, such as the publication of the Enlightenment-era Encyclopédie and the Russo-Japanese War—which has been historically overshadowed by the two world wars that followed.

Whether the events are familiar or surprising, you’ll encounter a wealth of eye-opening insights throughout.

While any one of these or the other turning points featured are fascinating enough to warrant an entire course, this unique format allows parallels and links to be made across centuries and continents. You’ll see how the building of the Berlin Wall intersects with the space race; trace how the Anglo-Dutch trade wars led to China’s subjugation; and consider whether the Westphalian system of territorial sovereignty established in 1648 still applies in cyberspace as the Internet nullifies borders.

​To join the class, use the following link: https://rebrand.ly/zhzte8a

Alan Carter has been a member of East Shore since 1997 and leads many of these classes.

For details see: “Turning Points in Modern History” from the Great Courses.