+ Add to Google Calendar+ Add to iCalendar
Rev. Furrer invites everyone to consider the events of the past week and what we as individuals are now called upon to do individually, as families, and as a community of faith with a historic tradition that—sometimes—calls for a collective response.

Uncertain, as all of us were, what was going to happen in last week’s national election, I entitled this sermon, “What’s Next?” I was thinking also of the last published book before the Reverend Martin Luther King Jr.’s murder, a collection of essays entitled “Where Do We Go from Here?”

Last week I spoke of our country—and all of us—being at the crossroads: were we willing to choose democracy? Or would we vote instead to more fully establish white supremacy by affirming the most authoritarian impulses of the most reactionary President in over 150 years?

Well, we voted to retire Mr. Trump and to dismiss his racist, xenophobic and misogynistic program. Apparently, Mr. Trump has yet to read the memo. But the citizenry has spoken and no amount of lawyering, no signed non-disclosure agreements or threats to sue will make an iota of difference. For those people—Mr. Trump included—who have put themselves inside the propagandistic bubble of Fox News, this must be a hard reckoning.

Many of us wanted a more thorough repudiation of the wanton vulgarity, corruption, and outright meanness that the current Administration has seemed to revel in. Having worked in the US Congress, I know that without a working majority there, it will be very hard for President-elect Biden to enact a legislative program. But he ran as the person who could work with those across the aisle. He has always been known as non-aggressively partisan; like the former House Speaker Tip O’Neill, he seems to be a good-hearted Irish pol. It’s funny; his adversary kept assailing Joe as a “loser,” but here’s the thing: Biden was elected to the United States Senate six times in a row, and twice to the Vice-Presidency, and now he has been elected President. Before that he was a County Councilor. Ten elections: ten victories. Undefeated, actually.

True, he unsuccessfully angled for his party’s presidential nomination a few times, but each time his name was on a ballot, he won. Including last Tuesday.

He has a lot of work to do. As do all of us. Last night he pledged to hit the ground running, as must we. Indeed, these last four years have made it clear: our democracy is always up for grabs. There are princes and principalities of destruction, focused on their personal, not societal goals. And they can be persuasive. Well healed and well connected, and nobody’s fool. Tough guys who have no sympathy for wimps and weaklings.

Trouble is: this strategy only lasts for so long. Most of us find out by age nine or ten that one cannot win all the time. One of the great values of sports and other competitive activities in school is to teach young people how to lose graciously. And to discover in that experience reservoirs of strength and insight that, earlier, had been unknown. President Trump’s niece, Mary Trump, writes that her uncle’s inability to graciously concede comes from getting perpetually bailed out by his dad and never having to accept responsibility for his and unskillful, irresponsible behavior.

So… what next? First, we must shake the blues and pessimism out. Out of our bodies and out of our souls. The liberal spirit has been under relentless attack for four years, ridiculed and belittled. Enough of that! Time to stand tall. Not arrogantly, but with pride and a sense of long valued purpose. It is time to put your favorite music on and sashay around the house, to call friends and yuck it up, and to kiss hopelessness goodbye… at least for now. Smile. Be happy. Celebrate with others. We can get so strung out on politics sometimes.

I’m reading Walter Isaacson’s biography of Albert Einstein and was taken, in this light, by a letter he wrote to his son Edward as fascism in Europe was on the rise. “Life for its own sake is hallow. People who live in a society, enjoy looking into each other’s eyes, who share their troubles, who focus their efforts on what is important to them and find this joyful: these people lead a full life.” Our spiritual and emotional lives have been trampled down in recent years; what’s next should definitely include more optimism and more hope. For sure.

My friend longtime African-American friend, John Sims, sent me a text from Mexico, “I can breathe again.” Yes. We all can. The President and Vice-President-elect have made it clear that their first priority is a coordinated federal response to the coronavirus pandemic. Eight months behind schedule, true, but better late than never. The new administration’s commitment to recognizing science and supporting scientific efforts to suppress, trace, and curtail this public health is laudable. If President Trump had done the same, I am quite sure, he would have won reelection handily. Why he did not is beyond me…unless he actually does think he knows more than seasoned public health officers.

The coming new administration has also pledged to address systemic racism in America. Wow. This is of primal importance. Mr. Biden has said that what drew him back into politics was the August 17, 2017 mayhem in Charlottesville, VA when protesters, objecting to the removal of Confederate General Robert E. Lee from a public park, carried tiki torches and hollered racist chants. Bloody clashes ensued. But it was later, when President Trump refused to condemn the deadly provocateurs for their racism, that Joe Biden decided that the moment was too important and too crucial; he dove back in. Maybe he and Kamala will have what it takes to get a consensus behind their efforts. I pray that they do.

When I was little, my Dad’s rock-ribbed Republican mother regaled me with stories about our country’s revolutionary history. My given first and middle names—Stephen Hempstead—were those of a distant ancestor and minor Revolutionary War hero. Grandma left no opportunity to remind me of that. The Democratic Experiment, she exclaimed: it’s up to you to keep it alive! The Democratic Experiment. Democracy is fragile. It is always vulnerable. There are many who would prefer something else. Oligarchy. Corporate feudalism. Democracy is very hard to maintain. And demanding. Our church sent over 15,000 postcards to Florida to get out the vote. Our church was active getting out the vote in many other ways as well. We, as thousands of Unitarian Universalists across the land, jumped to the defense of the Democratic Experiment. Proudly. Heroically. And patriotically, every one of us.

The last four years have been an aberration in Americans’ effort to establish a more perfect union, a democracy—of the people, by the people, and for the people—where people govern themselves and do so with incrementally increasing skill and acumen. Nobly. Honorably. And wisely. But the last four years have been an aberration. And not for the first time, either. Martin Luther King wrote about this shortly before he died: “The line of progress is never straight. For a period, a movement may follow a straight line and then it encounters obstacles and the path bends. It is like curling around mountain when you are approaching a city. Often it feels as though you were moving backwards, and you lose sight of your goal: but in fact, you are moving ahead, and soon you will see the city again, closer by.”

When I worked in the Capitol decades ago, my three favorite Congressman were all Republicans: Gene Snyder, Louis Wyman, and Pete McCloskey. I rarely agreed with them politically (well, McCloskey was okay, but the other two were political troglodytes). Nevertheless, they were warm-hearted, kind people, trying to solve the people’s problems with their hearts and with patriotic hope. In the ‘80s the idea that government was “the problem” became part of the GOP message. It has now morphed to the point where, hey, government doesn’t work so let’s put incompetents in charge and let ‘em screw up just to prove it! Oh, my poor lifelong Republican Unitarian suffragist grandmother must surely be tossing agonizingly in her grave. Please, say it ain’t so!

Hyper-demonization has got to stop. I think President-elect Biden may be the guy to do it. The democratic experiment has got to carry on. WE are the people to make sure that happens. I bless you—all of you—in that sacred endeavor. May it be so. Amen. 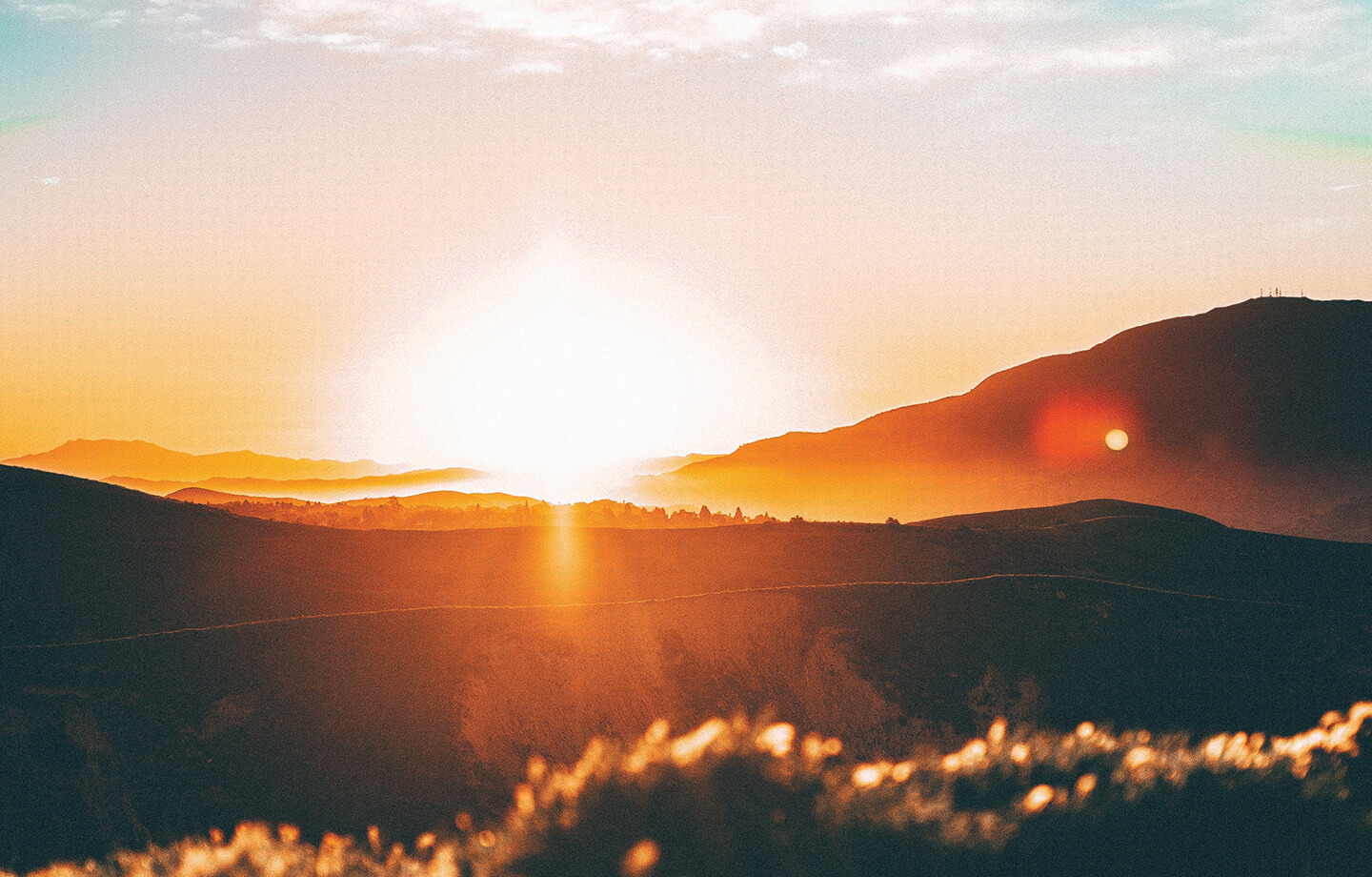