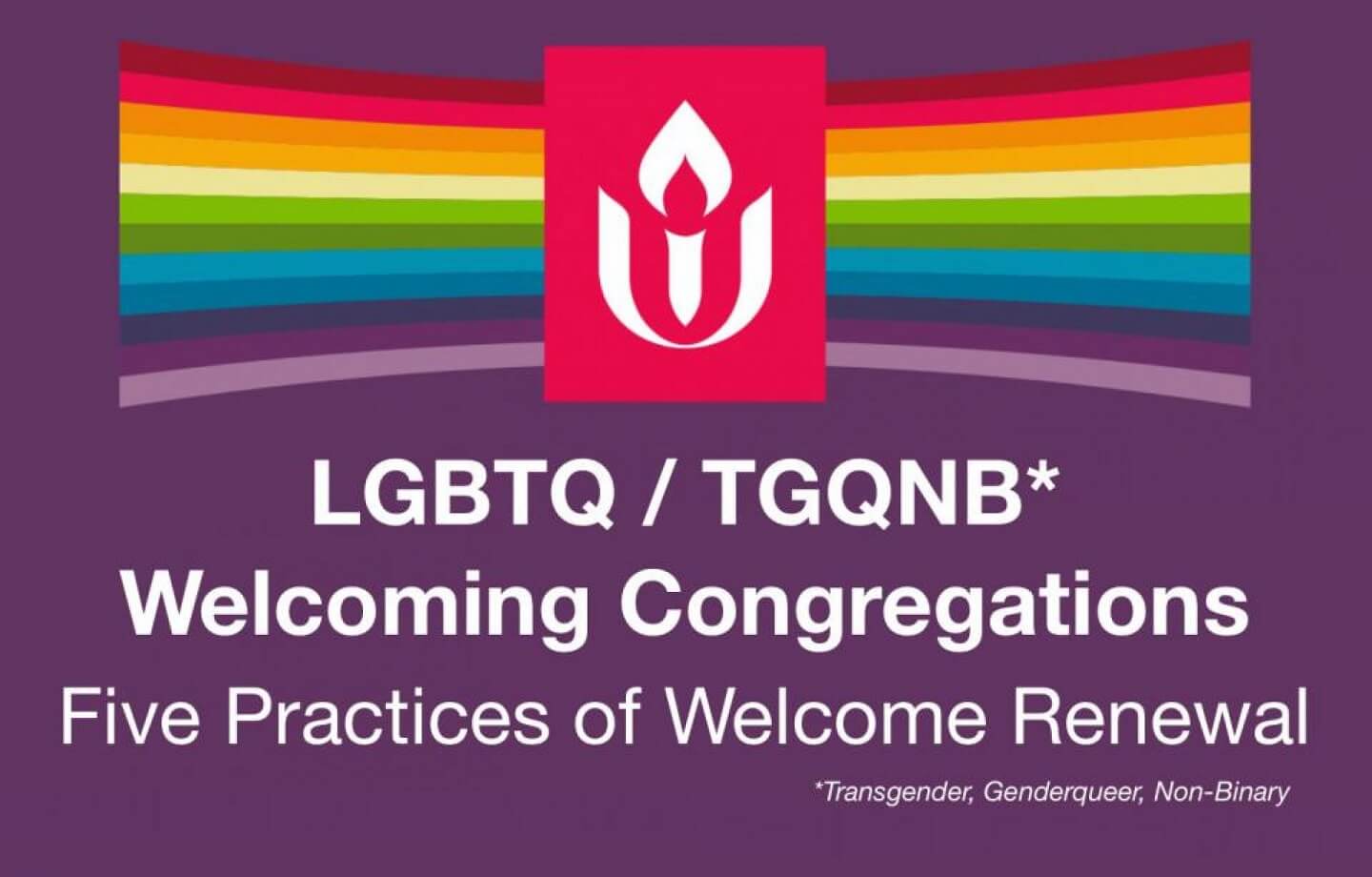 This June, at our annual Pride service East Shore will begin a year dedicated to a Welcoming Congregation Renewal Program. This program includes services, days of observation, sharing the plate, and learning more about what it means to be LGBTQ/TGQNB at East Shore and in our larger community. This program renews our commitment to open doors for people of all sexual orientations and gender identities. It will remind longer-term members and inform newer members about our commitment to inclusivity.

First launched in 1990, the Welcoming Congregations program grew out of an understanding that widespread prejudices and ignorance about lesbian, gay, bisexual, transgender, queer, and non-binary (LGBTQ/TGQNB) people results in their exclusion from many religious communities.

East Shore became a Welcoming Congregation back in 2001. Some of you may have wondered why older name tags have faded rainbow stickers on them. The sticker was a symbol that East Shore had met the Welcoming Congregation criteria. Even though East Shore was late in completing the program, East Shore and other UU Congregations were actively welcoming LGBTQ. In fact, our minister at that time, Peter Luton, and other UU ministers were few of the clergy performing commitment ceremonies for LGBTQ persons (at that time there was no acronym TGQNB). As early as 1991, East Shore called a gay Associate Minister, David Pilger. While some UU congregations were reluctant to accept LGBTQ clergy, UUs in the Northwest and our seminaries welcomed them.

Now, 20 years later, many churches have not renewed their commitment, including East Shore. The UUA developed a renewal program to help congregations remember and actively practice welcoming. Our team of Ron Douglas, David Langrock, and Trish Webb, along with staff members Eric Lane Barnes and Nicole Duff, are organizing the program for the coming year. This is a great time to participate in renewal since we have the energy and excitement leading up to welcoming a new minister in June 2022. Wouldn’t it be great to be welcoming in all ways?

We will have more articles to keep you up to date on how you can get involved. We want to go above and beyond just checking boxes, and really LIVE our values. Join us!