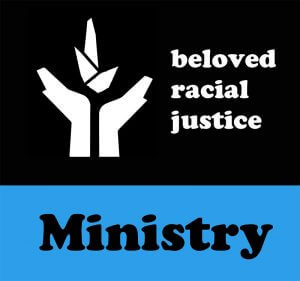 The Beloved Racial Justice Ministry Team’s mission is to create a beloved and just multiracial community within East Shore Unitarian Church and in the wider world by acting to address racial justice issues.  We honor the worth and dignity of every human being and the interconnected web of all of life by recognizing prejudice, privilege and injustice. We seek to dismantle prejudice, unfair privilege and injustice in ourselves, our church and our community.

In order to build a caring religious community, we seek to create a racially inclusive church community. This work grows our souls through increased understanding and humility and through actions to increase peace and justice. We are in alignment with Unitarian Universalist Association (UUA) key initiatives around multiculturalism and racial justice.

Over the past few years the Beloved Racial Justice ministry team has established a comprehensive program to engage our congregation and the wider community. Activities have included:

Discussion Groups: These three groups are designed to create safe spaces for people to speak openly about race and racism:

East Shore members collected signatures to put the I-940 De-Escalate Washington initiative on the 2018 ballot. The measure will require law enforcement to receive violence de-escalation, mental-health, and first-aid training, and to provide first-aid. It will change standards for use of deadly force, adding a “good faith” standard and independent investigation. 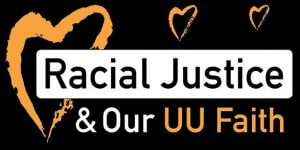