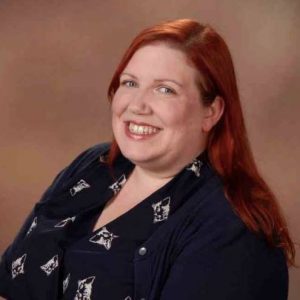 Nicole Duff was born and raise in Northeast Ohio. She is a graduate of The Ohio State University in Columbus, Ohio where she earned a Bachelor’s of Art in Mass Communications and Social Media.

While a student, she began working for WOSU-AM, and NPR affiliate, where she was responsible for editing featured pieces, reporting, and updating the website. While there, she was awarded the Ohio Public Broadcasting Educational Service Award and the Community Service Award for her work on the Caregiver series, a featured series focusing on the challenges and successes of caring for a loved one. Nicole also earned a fellowship with the Society of Environmental Journalists for her work on the new recycling efforts in the city of Columbus and the effects on flooding in Central Ohio. She attended the Society’s conference in Pittsburgh, PA in 2004.

After graduation, Nicole began working as an Associate Producer at WCMH, an NBC affiliate in Columbus, Ohio. She quickly was promoted to Producer and was responsible for the weekend morning newscasts. The weekend mornings were the highest rated newscasts in the Columbus area each week. The shows were also voted “Best Newscast” in Columbus Monthly magazine 5 years running.

After working in the news industry for seven years, Nicole switched directions and worked for Irvin Public Relations. There she worked with such clients as Ringing Brothers Circus, Disney on Ice, Komen Race for the Cure Columbus, and the Columbus Marathon. She was responsible for writing press releases, updating websites, sending e-blasts, and much more.

Looking for a full-time job, she began working for a large Presbyterian church as their Director of Communications and Technology. While there, she increased their social media presence, helped design a new website, update the visual mission statement, and worked on successful million dollar fund drive campaigns.

Nicole also held a position on the Board of Actor’s Theatre of Columbus, a non-profit performing arts group. Her main focus there was social media accounts and their website. She helped organize and promote several successful events.

In 2015, Nicole moved to Seattle, a dream she worked towards for 8 years. She currently lives in West Seattle with her husband, Shaun, and their two cats.