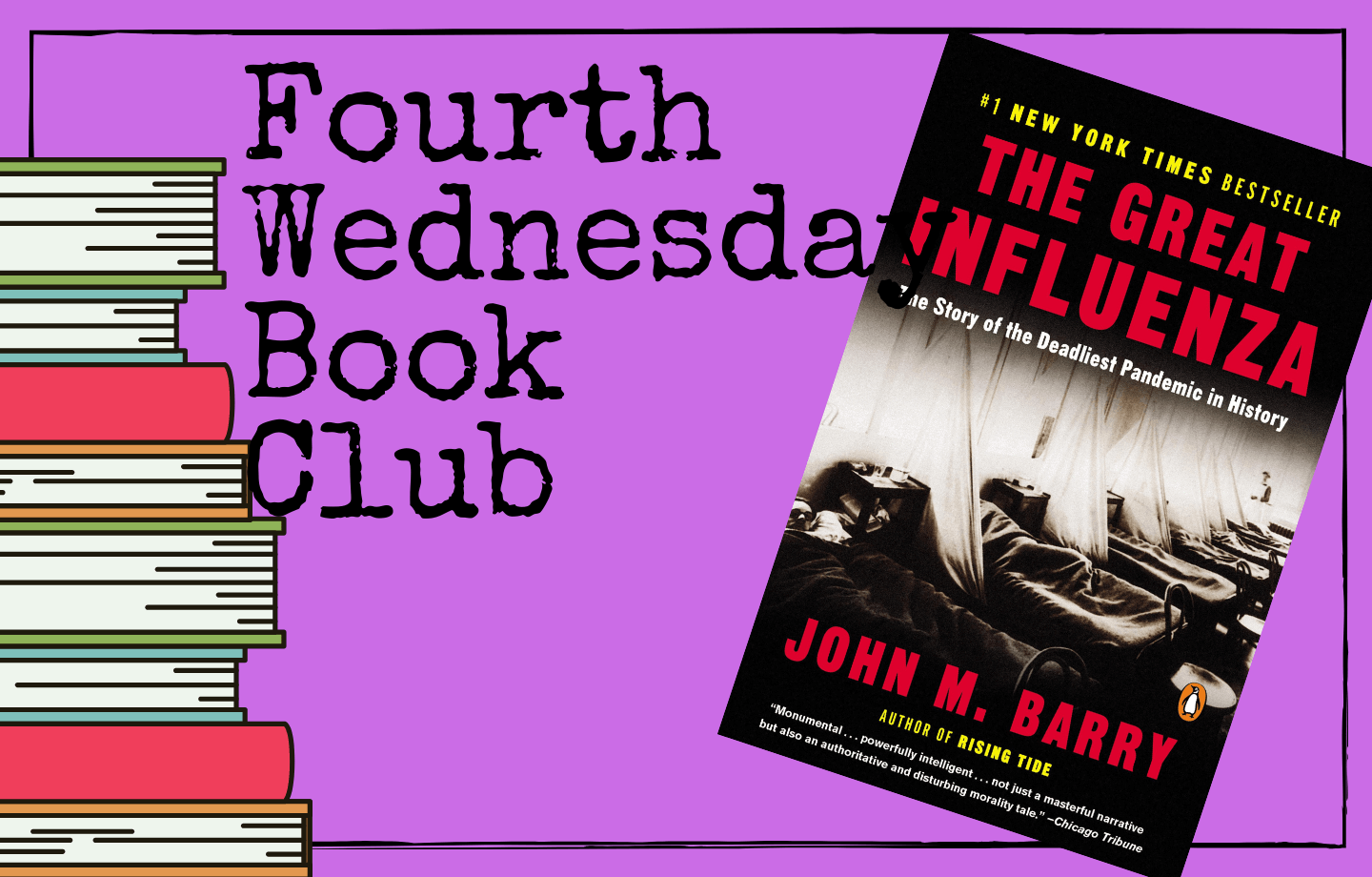 ​Please join us to discuss The Great Influenza: The Story of the Deadliest Pandemic in History by John M. Barry on Wednesday, April 28, at 7:30 pm on Zoom. At the height of World War I, history’s most lethal influenza virus erupted in an army camp in Kansas, moved east with American troops, then exploded, killing as many as 100 million people worldwide. It killed more people in twenty-four months than AIDS killed in twenty-four years, more in a year than the Black Death killed in a century. But this was not the Middle Ages, and 1918 marked the first collision of science and epidemic disease.