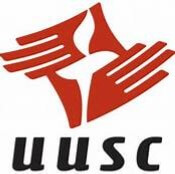 UUSC recently issued a special report on the extreme violence Rohingya Muslims, an ethnic and religious minority in Rakhine State, Burma (Myanmar), are facing at the hands of the Burmese military.

According to the UN High Commissioner for Human Rights, the Burmese military’s “clearance operation” against terrorists has indiscriminately and disproportionately harmed large numbers of civilians—including killings of over 1,000 people, mass rape by security forces, arbitrary arrests and destruction of over 1,400 homes, mosques and other structures. The military has barred journalists and independent human rights monitors from the area and restricted humanitarian aid to people living in internally displaced-person camps.

UUSC and its partners are participating in a coordinated advocacy campaign to demand that the UN pass a resolution mandating a Commission of Inquiry that would examine human rights violations, establish facts, and assess alleged crimes under international law in Rakhine State.

You can add your name to this effort and urge Secretary Tillerson to join UUSC’s call at uusc.org/truthforrohingya. By signing the petition there, you will be added to the email lists of UUSC and Fortify Rights. (You can unsubscribe at any time.) Thank you for supporting UUSC’s advocacy efforts to protect rights at risk!