East Shore’s Get Out the Vote Wraps Up 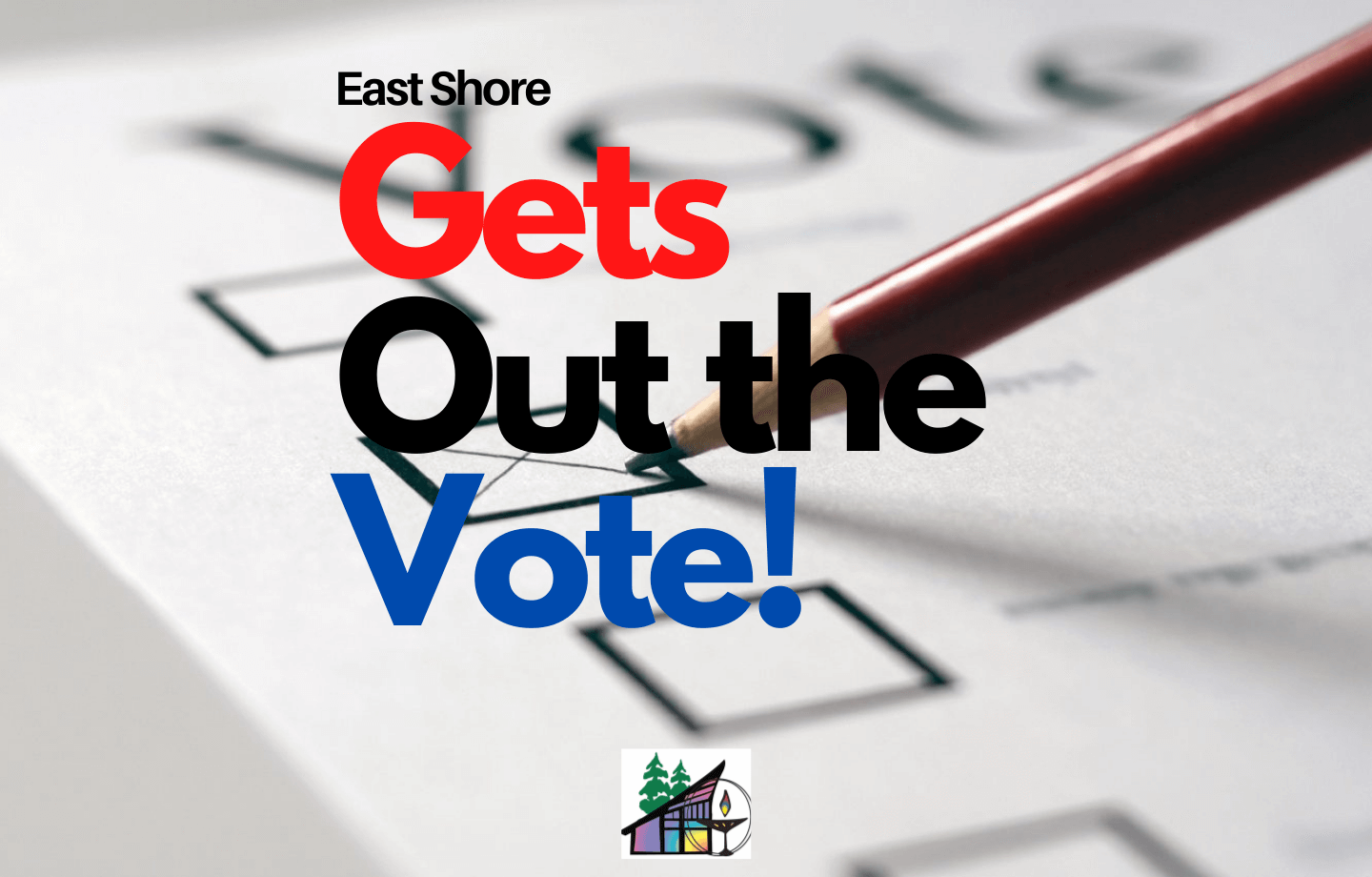 Wow, what a project this has been! Our postcarding effort is now finished, and we’ve distributed more than 15,000 postcards to encourage marginalized voters in Southern states such as Georgia, South Carolina and Alabama, via members and friends of East Shore. Eighty members and 30 friends of East Shore have been involved to my knowledge, but many members took big batches and shared them with other friends to work on, so our influence has been felt far and wide. A big thank-you to David Edfeldt, Lynn Roesch, Marilyn Mayers and Elaine Richlie for working so hard to distribute the cards, labels, addresses and often the stamps too. Let’s hope the people receiving the postcards appreciated them and were motivated to make sure they were registered and knew when and where they can vote.

In addition to this, those who have been working on printing and mailing letters to remind people to vote, through the Vote Forward campaign, report that they have mailed around 500 letters. Thanks to Geri Kennedy, Laurie Wick and Kristi Weir for leading this effort.

The final push has been done through phone banks, so thanks to all those who are making phone calls – every call counts, so keep up the good work!

Reclaim our Vote and UU the Vote shifted their efforts in the final 2 weeks to recruiting volunteers to assist with monitoring polling stations.

Here in Washington State, volunteering at polling stations is not relevant since everyone will be voting 100% by mail. If you haven’t already done so, we encourage everyone to return their ballot promptly to ensure that we get a clear result as early as possible after November 3rd, and encourage friends and family to vote too, especially the younger generation who may not grasp the importance of voting.